“A story full of Northern warmth, some working-class guilt and a bit of blue”, that’s what it says in the programme. Sounds like old-fashioned gentle sort of stand-up, like Les Dawson maybe, doesn’t it? 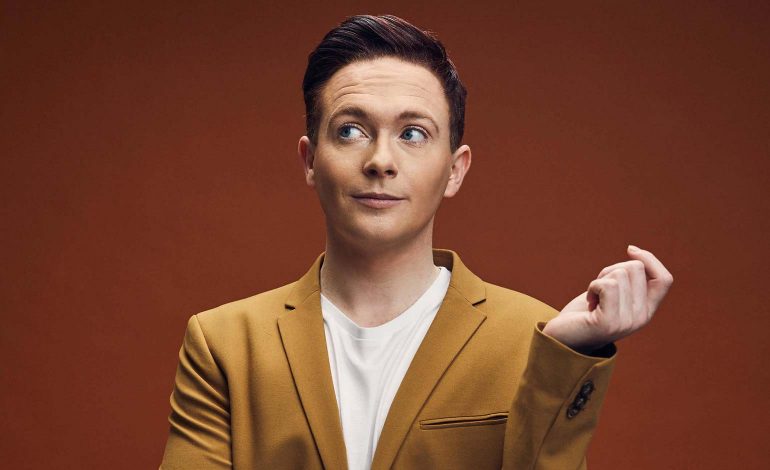 The way the evening unfolds, though, is a little unexpected. The first unexpected thing is that almost the entire audience turns out to be a huge family Stag and Hen do, already tipsy and shrieking with laughter even before the show has started.

And Stephen turns out to be a potty-mouthed, camp as Butlin’s, affable young gay man – whose entire schtick consists of talking graphically about gay sex, and ribbing members of the audience.

So tonight’s audience is something of a marriage made in heaven for him. They howl with laughter at his every mention of penises or names of audience members – which is every few seconds – or even if he just arches an eyebrow.

For them he can do no wrong; and they like to make shouted-out contributions of their own, which they also find hilarious.

Why they chose this venue to celebrate the happy couple, who don’t live here, and aren’t getting married here, remains a mystery. But clearly they and Stephen, who by the end is pretty much an honorary family member, are all having a wonderful time.

Stephen Bailey: Our Kid was performed at the Rondo Theatre in Bath on Friday 1st March 2019.