This production from Closer Each Day company is billed as entirely improvised, though I think they did think about it a teeny bit beforehand, otherwise why the co-directors’ credits? Bit of a quibble there. 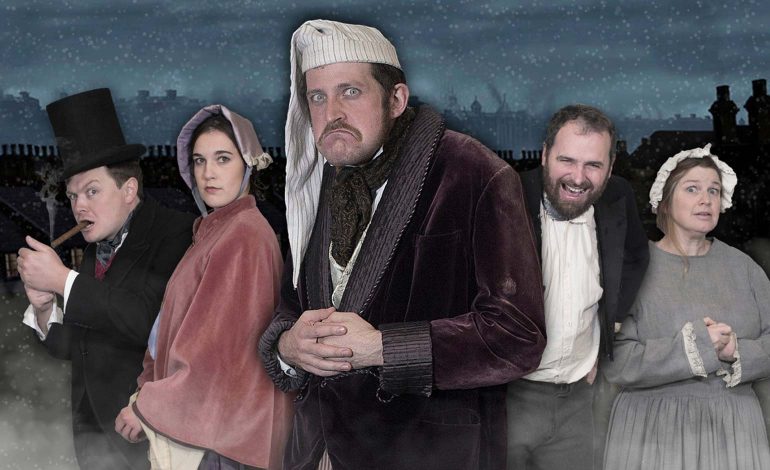 It is intended as a spoof Dickensian Christmas story, and is introduced by its ‘author’, Dick Charlens (I may not have got that quite right, but you get the idea) who asks the audience for suggestions of place names, peoples names etc – the audience, with one notable exception, are not particularly imaginative in their suggestions.

But off we go. The show takes a little while to get going, with a concentration on being ‘Dickensian’, ie misery, poverty, cruel unfeeling villains, etc., slightly more than on getting laughs.

But things improve considerably in the second half, presumably the cast having had some time to consider their next moves during the interval.

The characters (and there are a huge number of them) played by this eight-strong cast get sillier, the gags more frequent, and the story starts to take on a sort of mad, but coherent, shape, building towards its proper Dickensian ending, with villains punished or tearfully repentant, and the downtrodden uplifted. And a rousing completely improvised company song at the end.

Steamed was performed by the Closer Each Day Company at the Rondo Theatre, Bath on Wednesday 4th December.