Six, the British musical phenomenon launches into a sold-out run at the Theatre Royal, the same week it starts previewing on Broadway; alongside the tour it is playing to packed houses at The Arts Theatre in the West End. 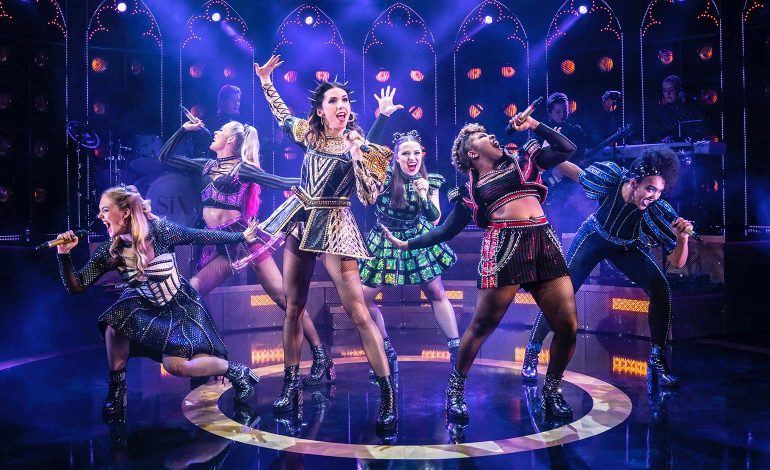 Not bad for a student show spotted at The Edinburgh Fringe in 2017.

Toby Marlow and Lucy Moss have created a bonkers, vivacious and sassy romp through history discussing the wives of Henry VIII.

Here their stories are told through a concert format that allows each to share their story in order to win a competition.

It is a celebration of the wives, each of them finely updated and crafted to fit the new generation of musical theatre goers.

On an intellectual level, the multi-layered narrative alongside brilliant wordplay in the ever-changing score keeps the purest historian engaged.

The Six Queens with an all-female onstage band are an absolute forcefield, drawing in the packed audience.

The extraordinary vocals and power of the cast both as individuals and within the tightly knit company harmonies reflect a huge depth of skill and talent.

Each wife is beautifully crafted both musically and visually; the excellent costumes by Gabriella Slade wink wryly at their Tudor origins and create a catwalk crew of women who have a story to tell.

It is impossible to separate the excellent performances but Lauren Byrne delivering “Heart of Stone” was an absolute masterclass.

Directed with great humour by Lucy Moss and Jamie Armitage with razor-sharp choreography by Carrie – Anne Ingrouille this is a wonderful half term treat.

The tour is out in force, returning to Bath in October, tickets are on sale now but I doubt will be around for long. There is only standby and standing room left for this week.

Six, by Toby Marlow and Lucy Moss, is showing at the Theatre Royal in Bath until Saturday 23rd February 2020.