This evening’s performance of Much Ado About Nothing should, by all intents and purposes, have been worthy of the highest praise. 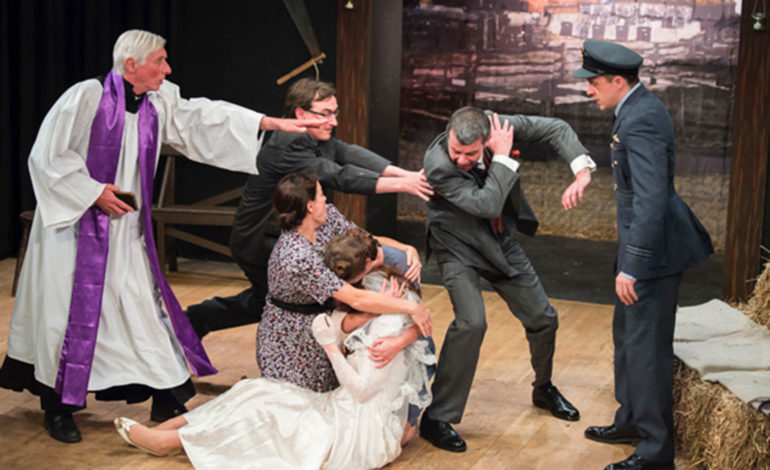 In fact, many of the individual elements of the Rondo Theatre Company’s production were fantastic, the first of which being their choice of adapted setting.

The Rondo Theatre Company decided to place their version of Much Ado in the England of 1945, with Don Pedro’s men as RAF soldiers returning from the Second World War. Not only did this blend seamlessly with the plot and core themes of the classic comedy, but the attention to detail applied in manifesting that setting on stage were clear from the very start.

Before the play even began, we were treated to Hero, Beatrice and co. arranging banners and practicing dance steps in preparation for receiving the returning troops, immersing the audience into the setting immediately.

The stunning costumes only added to this immersion, each character’s attire not merely suiting the era to a T, but the personal qualities and manners of those characters too.

There were likewise many individual performances worthy of praise. Chris Constantine and Naomi Miller brought great energy and vivacity to their performances of Benedick and Beatrice respectively. 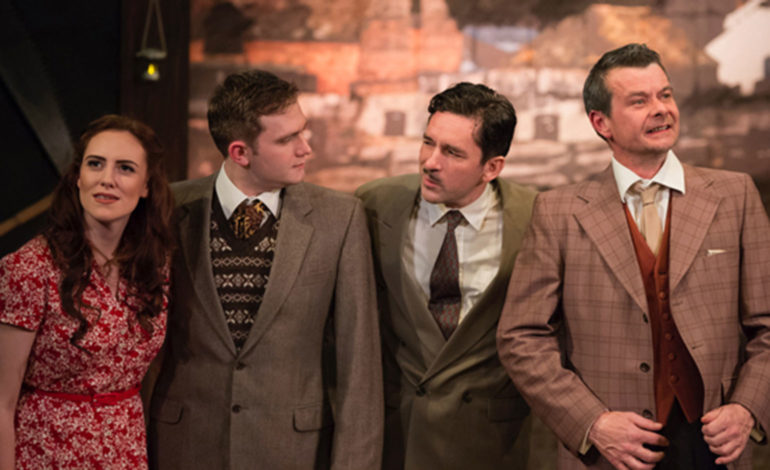 Charlotte May Messer and Toby Gibbs both showed range and skill as Hero and Claudio. There were other solid depictions within the wider cast, chief of which was Matt Nation’s steely Don Pedro and Jon Thrower’s farcical Dogberry.

Yet, for all its positive elements, the play never reached its greatest potential. One issue was the chemistry between the two couples. Other moments felt clunky. Actors moved in rigid pre-selected lines and performed rigid pre-decided movements, and the spirit needed to give those actions a sense of real life was not always there.

That being said, with several performances to go, I feel very confident that this production will only get better and that the issues I have outlined can be ironed out, turning what is already a commendable adaptation of the Bard’s work into something truly sensational.
_ _ _ _ _ _ _ _ _ _ _ _