It feels like an age since the Theatre Royal has been rocked by a party atmosphere and a glorious feel-good musical packed with brilliant songs performed by a fabulous cast. 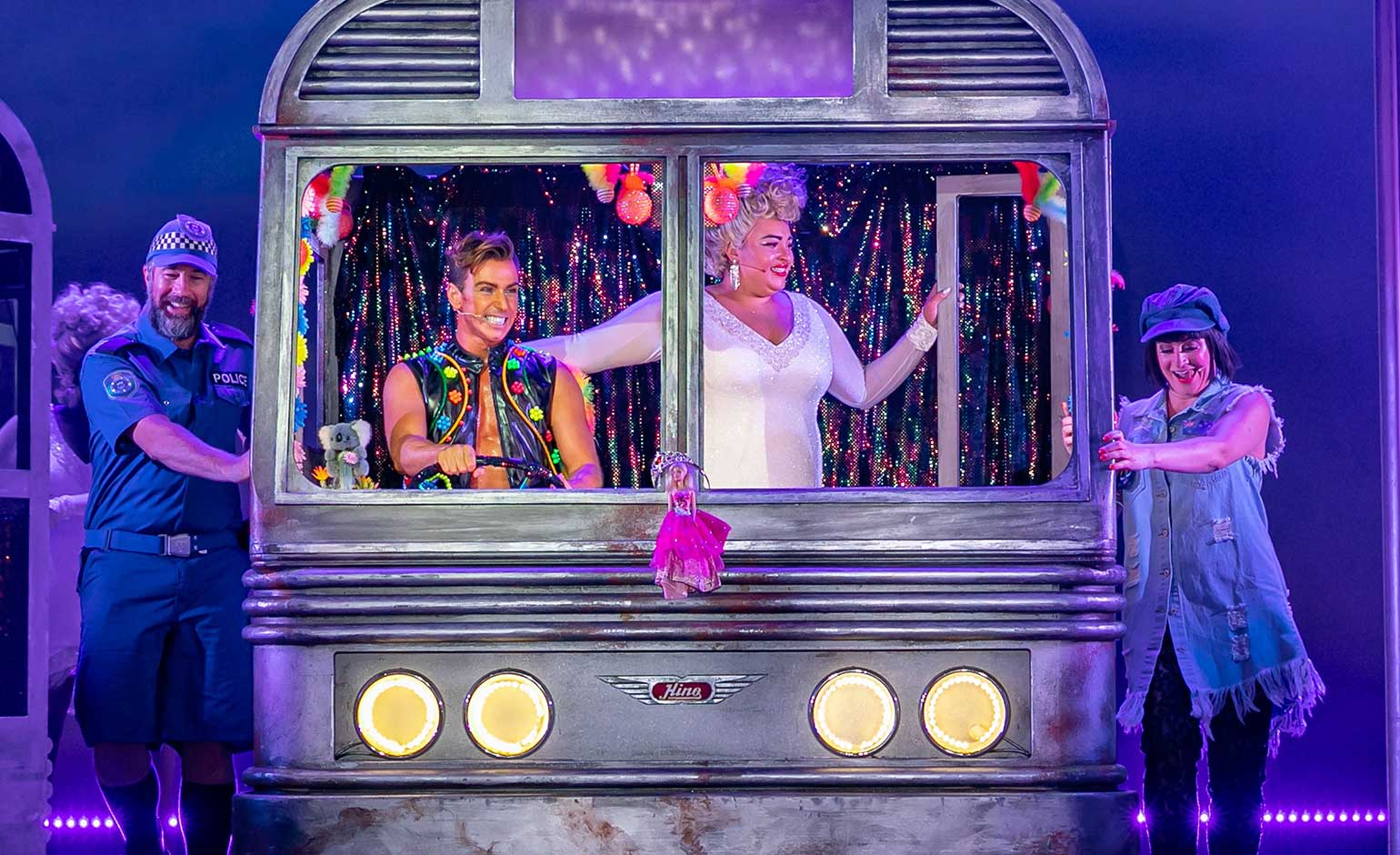 Nick Hayes as Adam with the Company in Priscilla, Queen of the Desert The Musical | Image © Darren Bell

There is not a sequin out of place and the glitter sends a coating of joy across the auditorium.

Priscilla Queen of the Desert is the tale of a trio of drag queens travelling across Australia in an unreliable bus; Tick / Mitzi is aiming to meet his son for the first time but, along the way the darker, brutal non acceptance of the LGBTQ+ culture in the outback is never far from the surface.

The overall arch of the piece is sheer joy and an endless playlist of great tunes sung and played live under the baton of Richard Atkinson.

Whilst it is relatively easy to bring the big numbers to the stage; the decision to choreograph the attack on Felicia is powerful and brings an important pause to proceedings.

The production does not hide from the bigotry and lack of acceptance which brings a deeper level to the otherwise relatively light storyline.

There is little around at the moment that could lift your soul and raise your smile any higher.

There is so much to celebrate in this production and just the audience response reflects the reason why perhaps this amount of fun should be on prescription.

Priscilla, Queen of the Desert is showing at the Theatre Royal in Bath until Saturday 31st July 2021.