This production by the Rondo Theatre Company of April De Angelis’s 1993 play would, I’m sure, please its author. 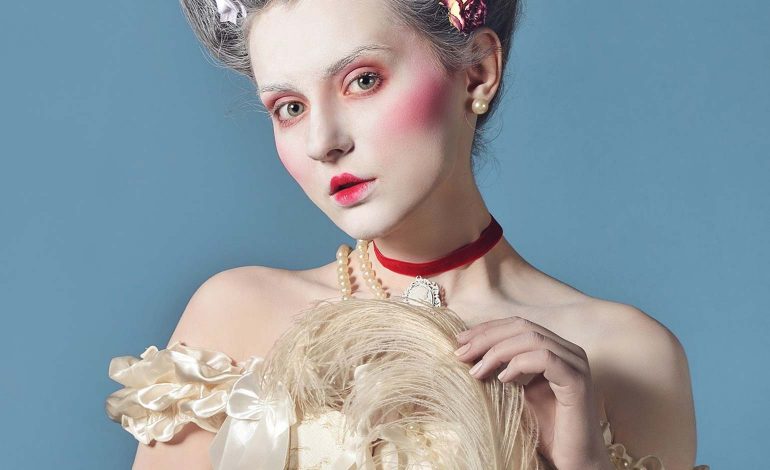 Set in the reign of Charles II, the playhouse creatures it celebrates are the first actresses in the English theatre, after the King’s revoking of the prohibition of women on the stage.

Some, possibly all of them, are based on real actresses of the time, including, of course, Nell Gwynn (played here with tremendous vivacity by Phoebe Fung); and, oddly, Doll Common, who wasn’t a real person, but the character of a wily prostitute in Ben Jonson’s play The Alchemist from half a century earlier.

The play moves in a series of vignettes, involving cast members in various combinations, sometimes solo, occasionally featuring males in the form of oafish and priapic aristocratic theatregoers.

But this is a play about women. And the six women in the cast give a vivid impression of life for these female theatrical pioneers; their struggles for proper recognition, decent parts, and fair pay mirror struggles that are still going on today; as does the fending off of predatory sexual advances.

But the principal joy of this production is the sheer skill of the acting, as the supremely talented cast take us through pastiches of 17th century acting styles (watch out for the deliciously funny use of the hands of a clock analogy, in showing how to pose for portrayals of different emotions.); through theatrical jealousies at times and sisterly solidarity at others; and through the very real tragedies of life at that time, sometimes put over in beautifully performed tracts from Shakespeare – most notably in Mrs Betterton’s delivery of the madness speech of Lady Macbeth, delivered with heart-stopping intensity by Alex Oliviere.

This is a high quality piece of theatre about theatre; about the seventeenth century; about our time; and about life and human emotion altogether. Redolent images from it will remain in the mind for quite a time. A richly rewarding evening.
_ _ _ _ _ _ _ _ _ _ _ _