This production from the aptly-named Offpiste Theatre opens with a solo young man doing very rigorous what looks like a cross between a gym workout and interpretive dance, to very loud thumping music. 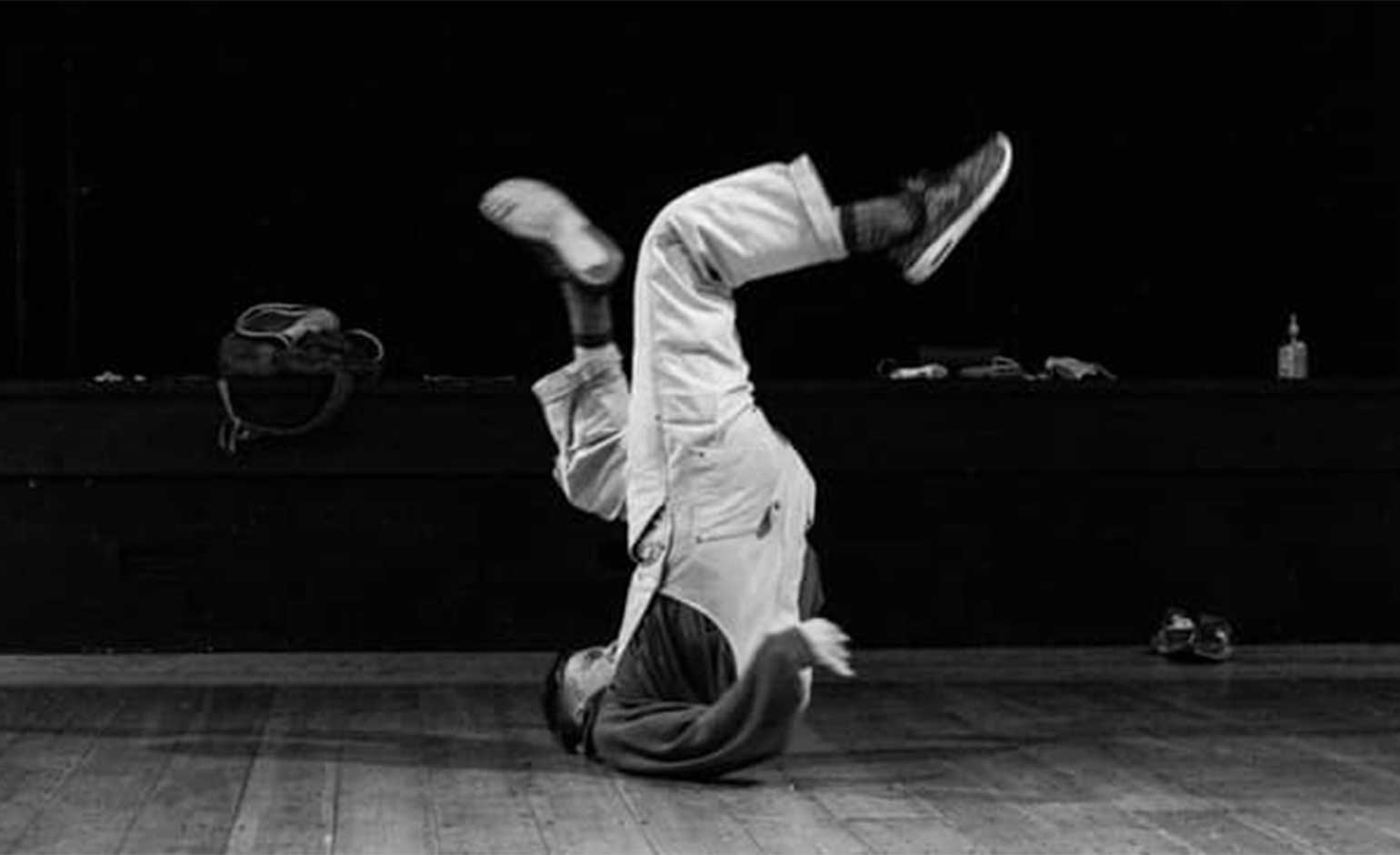 There’s a great deal more of that sort of thing to follow. There is a cast of three; one young man called Alex, the other one called, unsurprisingly, Max; and a young woman, who is not named, who portrays various female characters.

In and among this semi-surreal approach, which includes such things as painting the word ‘laugh’ in large letters on a blank white tabletop (at which nobody does laugh much), and much shouting and energetic physical posturing, we gradually pick out what the piece is trying to say, with the difficulties Alex and Max find from schooldays, university and into the ‘real world’.

There is a rant against the soullessness of repetitive office work; there’s a well-expressed feminist monologue on the effects of sexual abuse; there’s an amusing vignette of what going to the barber’s means to men, and a final violent trashing of the whole set as the precursor to the sad end of Max and the poignancy of that.

All this in and among a sort of Dadaist ballet, which sometimes illustrates and sometimes confuses the thread of the story. Very striking, somewhat unsettling, and very definitely off-piste.
_ _ _ _ _ _ _ _ _ _ _ _

Our Mate, Max was presented by OffPiste Theatre at the Rondo Theatre in Bath.