Olga Koch bounds, rather than walks onstage, wearing a striking sort of purple embroidered shell suit. So she’s got our attention straightaway. 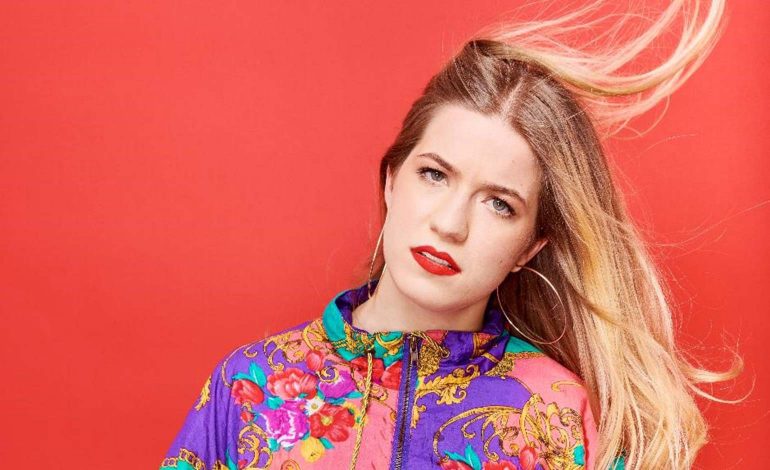 She tells us that she’s Russian, but sometimes pretends to be German, and she lives in New York. Oh, and she likes lying. So a bit of a whirl of a start.

And then she proceeds, with the aid of projected images, to tell us, loudly and energetically, about the history of late-Soviet and post-Soviet Russia.

The show, whether or not it’s all lies, is fascinating on her father’s political involvement in the crazed world of Yeltsin’s Russia, and the Stalinist airbrushing of him out of its history.

If this sounds a bit dark and not very comic; not so. There’s a pizza ad with Mikhail Gorbachev in it; plus other peculiar election campaign ads in a country that has had absolutely no experience of democracy. There’s some disquisition on the weird dress sense of the time (not least her own), and other Slavonic oddities which she exploits to the full.

The show ends with a song, a sort of hymn to paedophilia, with a chorus extolling her predilection to “f**k boys, not men”. What that has to do with the rest of the show, who knows?

Olga Koch: Fight was performed at the Rondo Theatre in Bath on Friday 8th March 2019.