Oleanna by David Mamet remains an outstanding modern drama. Written in 1982, this extraordinary work continues to challenge and provoke strong responses with its ever-relevant themes. 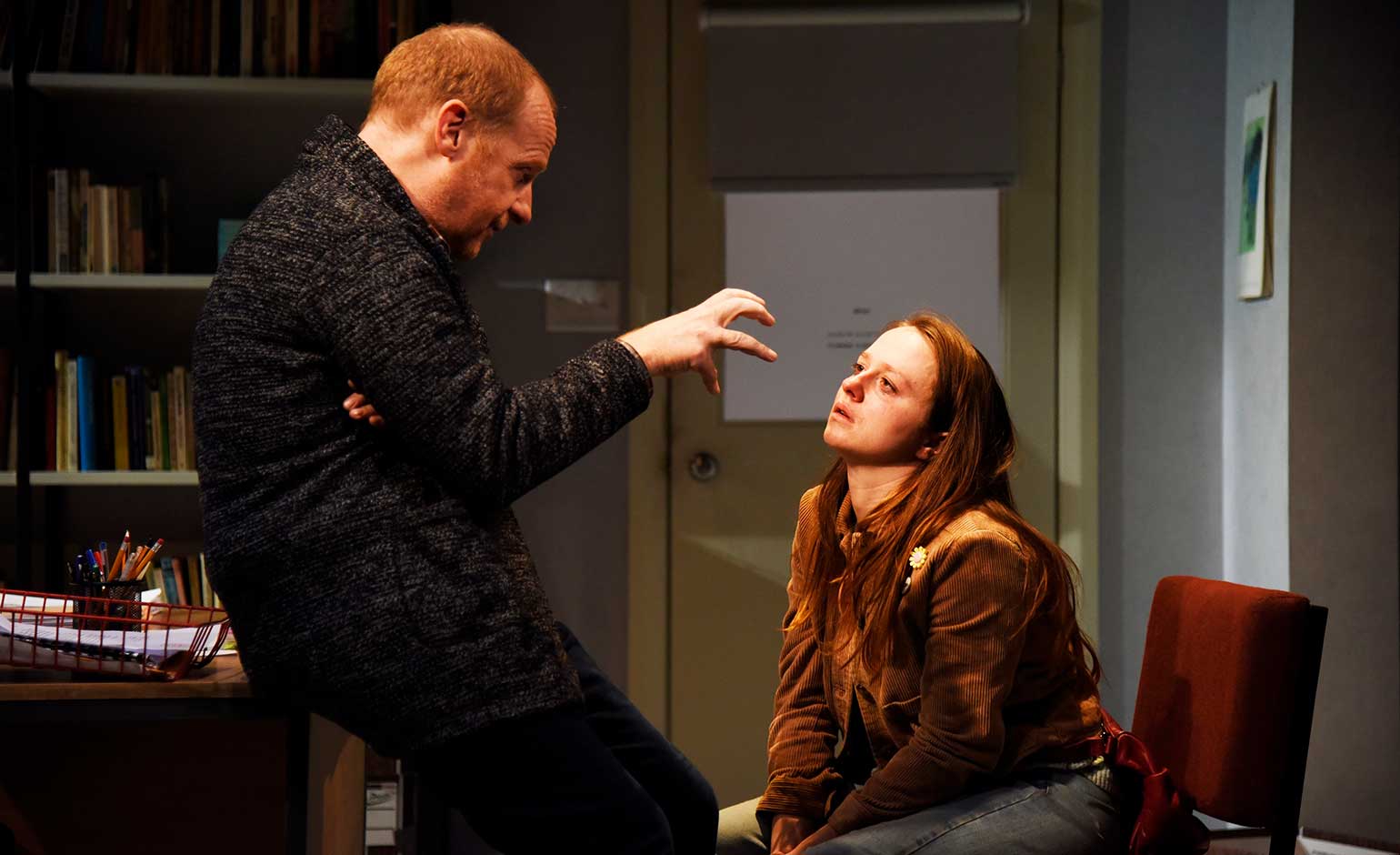 Set on an American campus, a seemingly innocuous conversation between a college professor and his female student warps into a nightmare which threatens to destroy them both.

It is an analysis of the corrosive excesses of political correctness and exploration of the use and abuse of language; this is the ultimate drama of pupil power and student revenge.

Directed by Lucy Bailey with the ever-brilliant original Ustinov cast of Jonathan Slinger and Rosie Sheehy the one-act play rockets through the intimate space with breathtaking precision.

Sheehy moves with ease from the struggling student to powerhouse destructor bent on revenge.

Whilst Slinger is the Professor with his eyes on the tenure, a new home and the comfort of job security; the shift in power is reflected well with the final moments sending shock waves through the auditorium.

Easily one of the most thought-provoking productions available at the moment and no doubt its transfer to London will enable this excellent play to be revived under the gaze of the #metoo movement.

Oleanna by David Mamet is directed by Lucy Bailey.

It is showing at the Ustinov Studio in Bath until Saturday 3rd July 2021.