Oleanna by Mamet caused huge controversy 30 years ago when it was first performed. Here, in a razor sharp, pitch perfect production the themes are as salient, suffocating and provocative as ever. 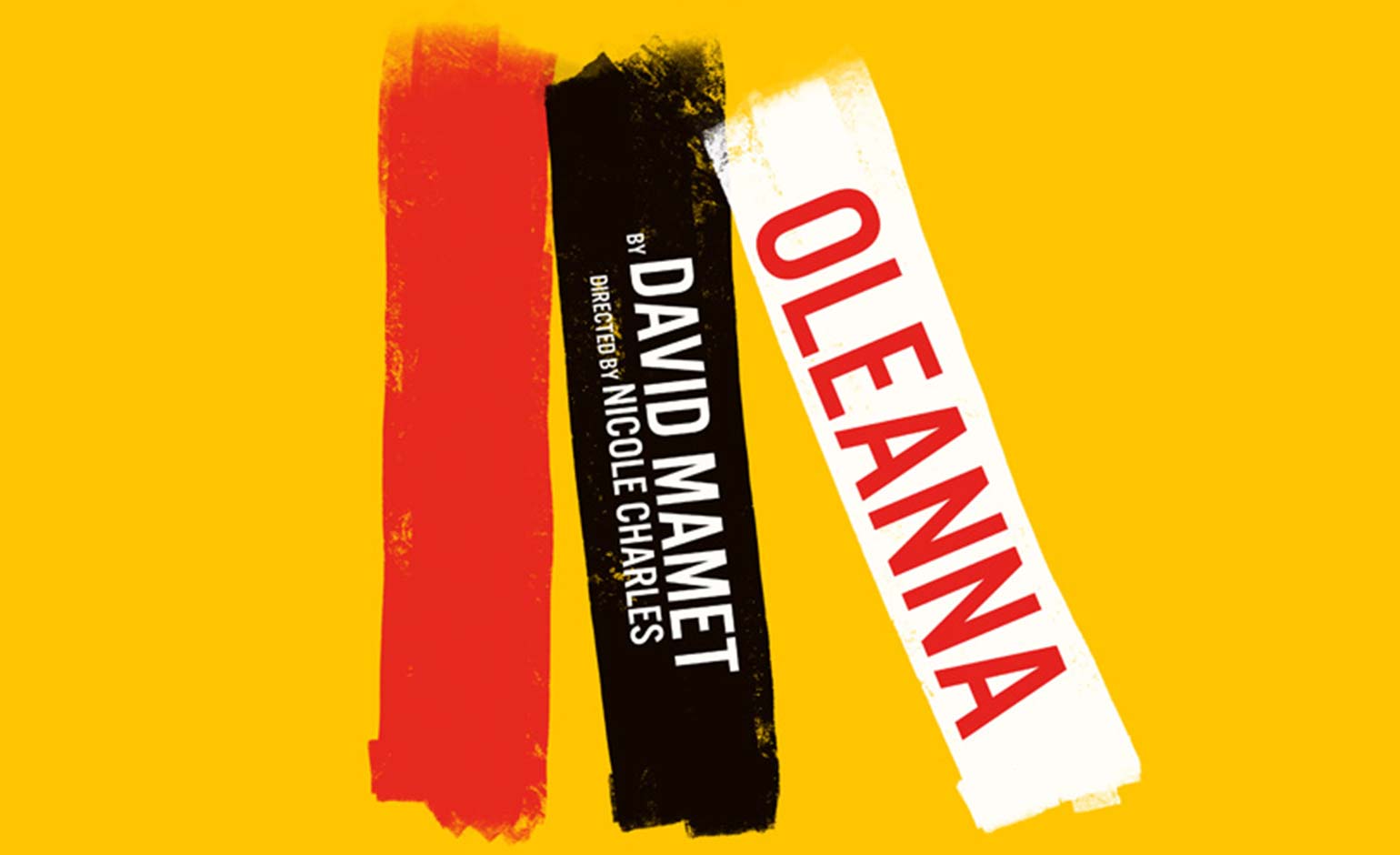 Set on an American campus, a seemingly innocuous conversation between a college professor and his female student warps into a nightmare which threatens to destroy them both, when she files a claim of sexual harassment against him.

With its take on the corrosive excesses of political correctness and exploration of the use and abuse of language, this is the ultimate drama of pupil power and student revenge.

Rosie Sheehy (Carol) and Jonathan Slinger (John) exchange verbal and physical blows; the battle of the sexes, intellect and semantics of language ricochet around the Ustinov Studio the intimacy of the production drawing a sharp view of the excellent direction from Lucy Bailey.

The beautifully clinical office design (Alex Eales) full of male achievements set against the initial floundering of Carol’s conversation is effective, as too are the gradual shifts in power seen in the characters costumes.

Slinger is a gloriously confident overbearing Lecturer and Sheehy captures a multi-faceted Carol whose decisions crush and destroy so much for them both.

This is a hugely engaging production; the dissection of language often feels darkly comic and the expertly managed telephone interruptions are as frustrating for the audience as they are for the characters.

In the world of #metoo, this production raises much discussion around the permissions of touch and space alongside the assumptions of consent and the ugly imbalance of status and power in institutions.

The dialogue crackles with energy and intensity; the blows rarely subside, a challenging and thought-provoking show which no doubt create much discussion long after the final bows.
_ _ _ _ _ _ _ _ _ _ _ _

Oleanna by David Mamet is directed by Lucy Bailey and stars Rosie Sheehy and Jonathan Slinger.

It is showing at the Theatre Royal in Bath until Saturday 16th January 2021.