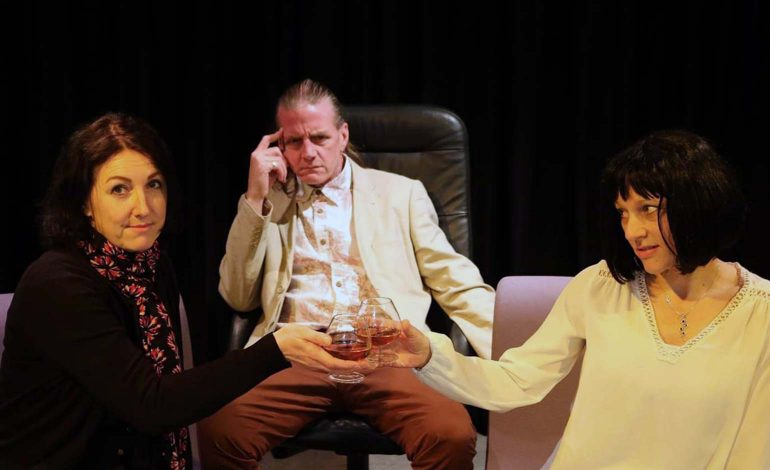 Not that it’s boring, in fact the opposite. Full time concentration is needed as one tries to figure out what really happened in the past between these three characters, husband Deeley, his wife Kate and her old friend Anna, played by Darian Nelson, Sophie Brooks and Alexis Jones respectively, and perfectly.

Memories conflict as events of 20 years ago are rerun so that one is not quite sure of the truth. 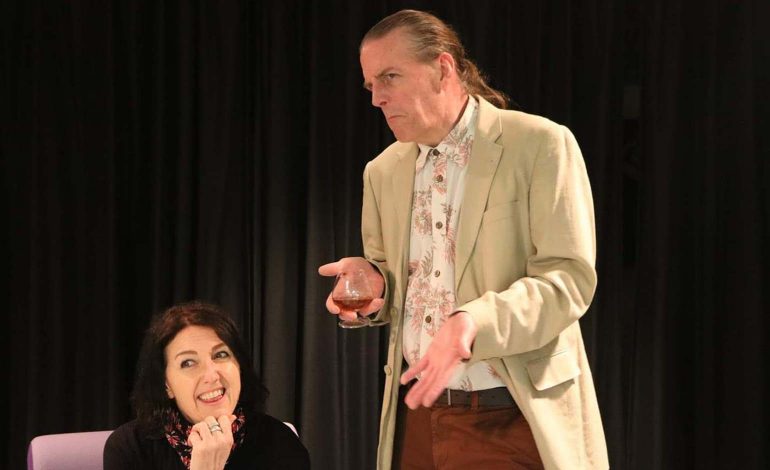 When performed in 1984, Anthony Hopkins starred and asked Pinter to explain the ending. “I don’t know. Just do it,” Hopkins was told.

It’s really a play about memories, how accurate they may or may not be and how perceptions vary.

If you enjoy cryptic crosswords you’ll love this this; trying to add up the clues in order to arrive at correct result. Except that here there is no correct result, just an enjoyable journey.

Old Times by Harold Pinter, presented by the Playing Up Theatre Company and directed by the cast, is showing at The Mission Theatre, Bath until Saturday 4th May 2019.