This is a fine-looking production, presenting a show-stealing revolve designed by Richard Kent with equally impressive lighting by David Plater. 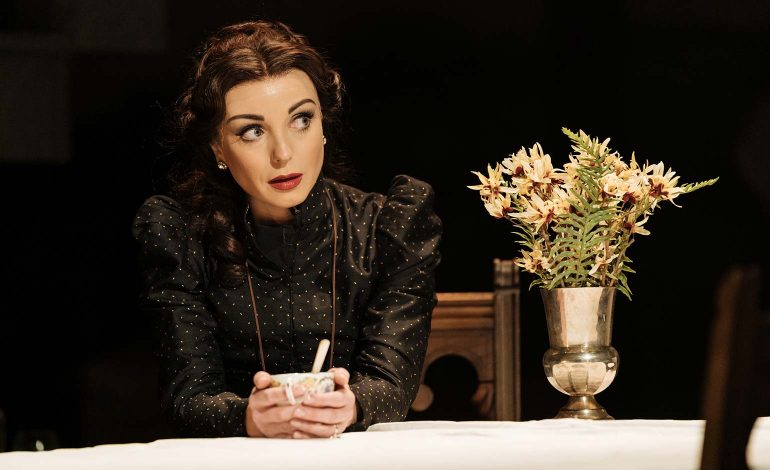 Theatre Royal Bath Productions has created a faithful retelling of the bestselling novel by Du Maurier which was well received by the full house.

The plot revolves around the unconventional and exotic Countess Rachel Sangalletti who travels from Florence to Cornwall on the death of her husband.

She appears to be many things: outsider, murderess, seducer and potentially a thief.

The suspicions fly and in true Gothic style, uncontrollable emotions run high in this psychological thriller which, if you do not know the story, keeps you guessing to the end.

The high profile cast is headed by Helen George as the mystical Rachel with Jack Holden as the cousin Philip Ashley.

Much of the humour is created by the combination of Sean Murray (John Secombe) and John Lumsden (Thomas Connors.) The Kendal family Simons Shepherd (Nicholas) and Aruhan Galieva (Louise) struggle to keep Philip on the “right” path but when so much is unclear, how is that possible.

The dialogue at times loses energy and pace, making heavy weather of some of the exposition.

There are moments when the direction of the company blocks the main action on stage and the company are often caught transitioning between scenes.

It is an epic production which will become increasingly well-oiled as it tours the country into next year.

My Cousin Rachel by Daphne Du Maurier was adapted from the novel by Daphne du Maurier by Joseph O’Connor and directed by Anthony Banks.