So what did the Greeks do for us? Apart from arts, sports, medicine, law, language, maths, philosophy and democracy (the worst form of government except for all the others, according to Churchill, and that’s currently looking like an understatement), they gave us Lysistrata. 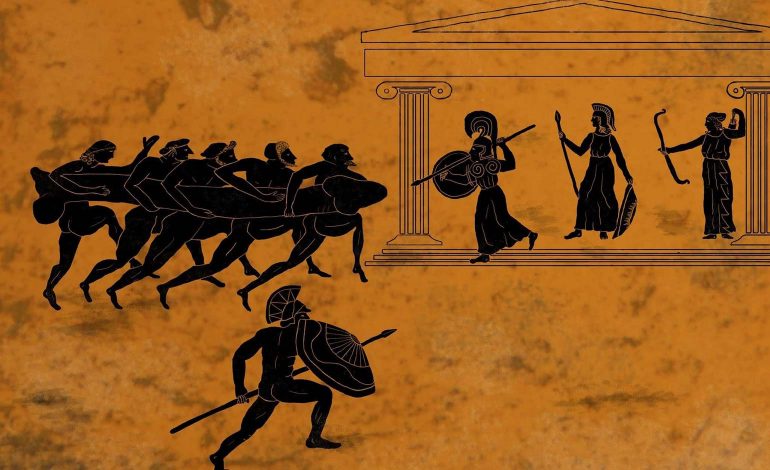 Well, Aristophanes did and it was first performed in 411 BC. And if you think that makes it old fashioned think again. Plus ça change, particularly when Playing Up get their hands on it.

The Peloponnesian war has been going on for seemingly ever and with no end in sight, the women, led by Lysistrata, convene a meeting with the other women.

Eventually, she persuades them to withhold sexual privileges from the menfolk thus hopefully forcing them to end the war.

Naturally, on their intermittent returns from war, the men don’t think this is the best idea since bread (slicing not being invented yet). 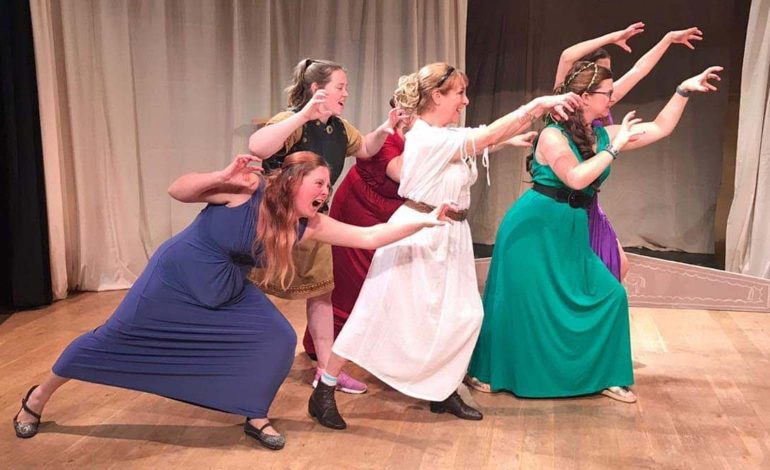 Thus the fun begins and it doesn’t take a genius to work out the winners.

Lysistrata by Aristophanes is a Playing Up Theatre production, directed by Sophie Brooks and Darian Nelson. It is showing at the Rondo Theatre in Bath until Saturday 9th November.

For more information and tickets, visit the Rondo Theatre website.