The Ustinov Studio rarely fails to find absolute gems to bring to their programme. 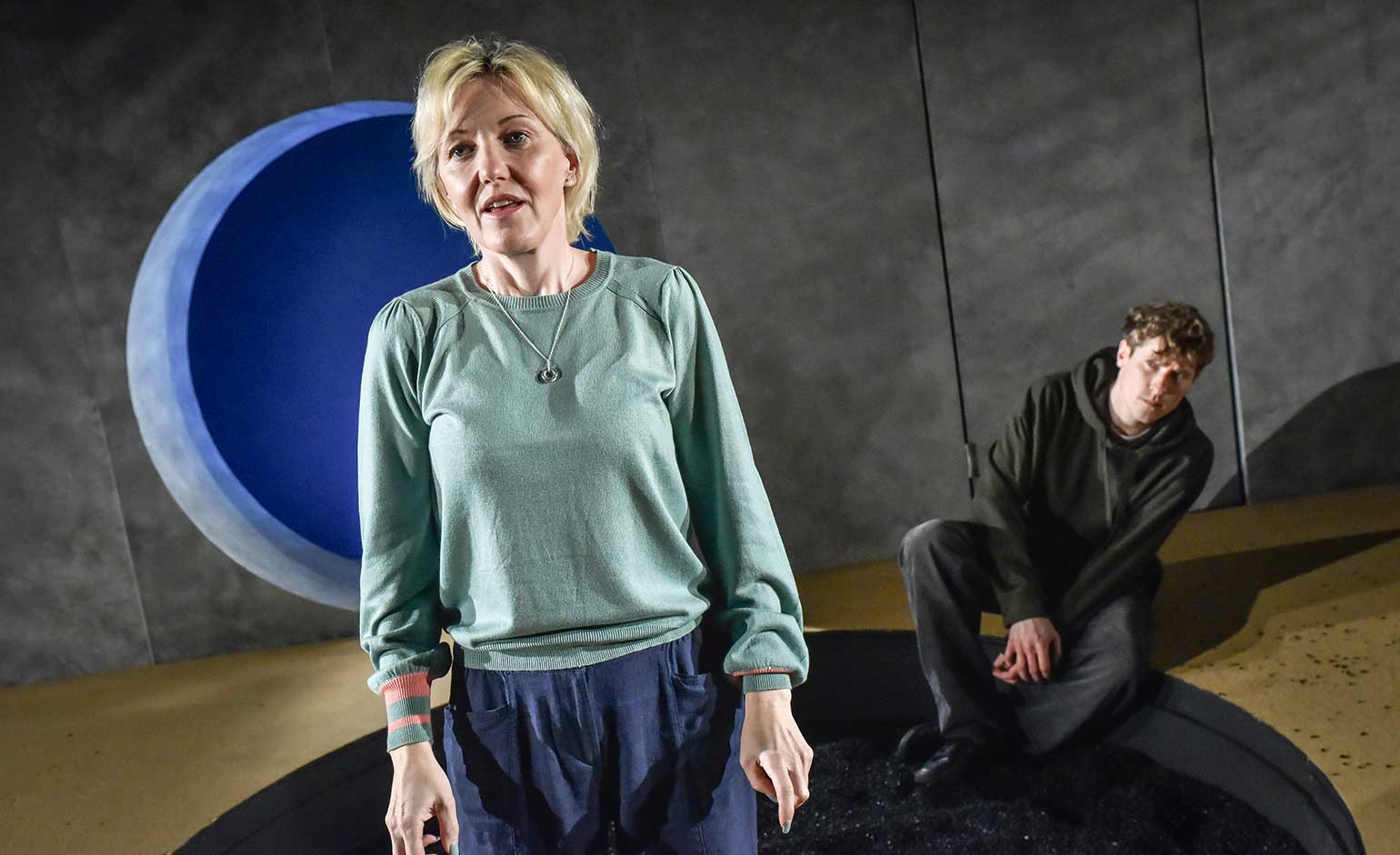 Lava is a celebrated piece of new writing touring following a stint at the Soho Theatre, having been produced by Nottingham Playhouse and Fifth Word.

A catastrophic event affects London causing death and destruction. Those left need to deal with their grief and tangled emotions.

Vin, the main protagonist appears to be left without a voice; how is he to communicate in this world where his mother, Vicky struggles with her own loss and his best friend Rach tries so hard to help.

The cast of 4 are excellent. Dan Parr as Vin captures the frustrations of being mute in a chaotic world. Unable to communicate whilst assumptions about your life fly around.

His growing relationship with Rachel is deftly handled. Oli Higginson as Jamie, who has lost his mother in the event insists on talking and singing of his grief, an ever-present reminder eclipsing the needs of those around him.

The comedy is finely balanced, but the sentiments and sadness are never far from the surface. Rach is played by Bethany Antonia, holding the stage with a strong presence and digging deep to find a way through the chaos.

Kacey Ainsworth is a slowly unravelling Mum whose desperate need for communication with someone or something is clear. Powerful and painful in equal measure.

This is a hugely enjoyable piece of theatre by James Fritz.

Lava is showing at the Ustinov Studio in Bath until Saturday 7th May 2022.