La bohème is a winning combination of doomed love and gorgeous tunes. 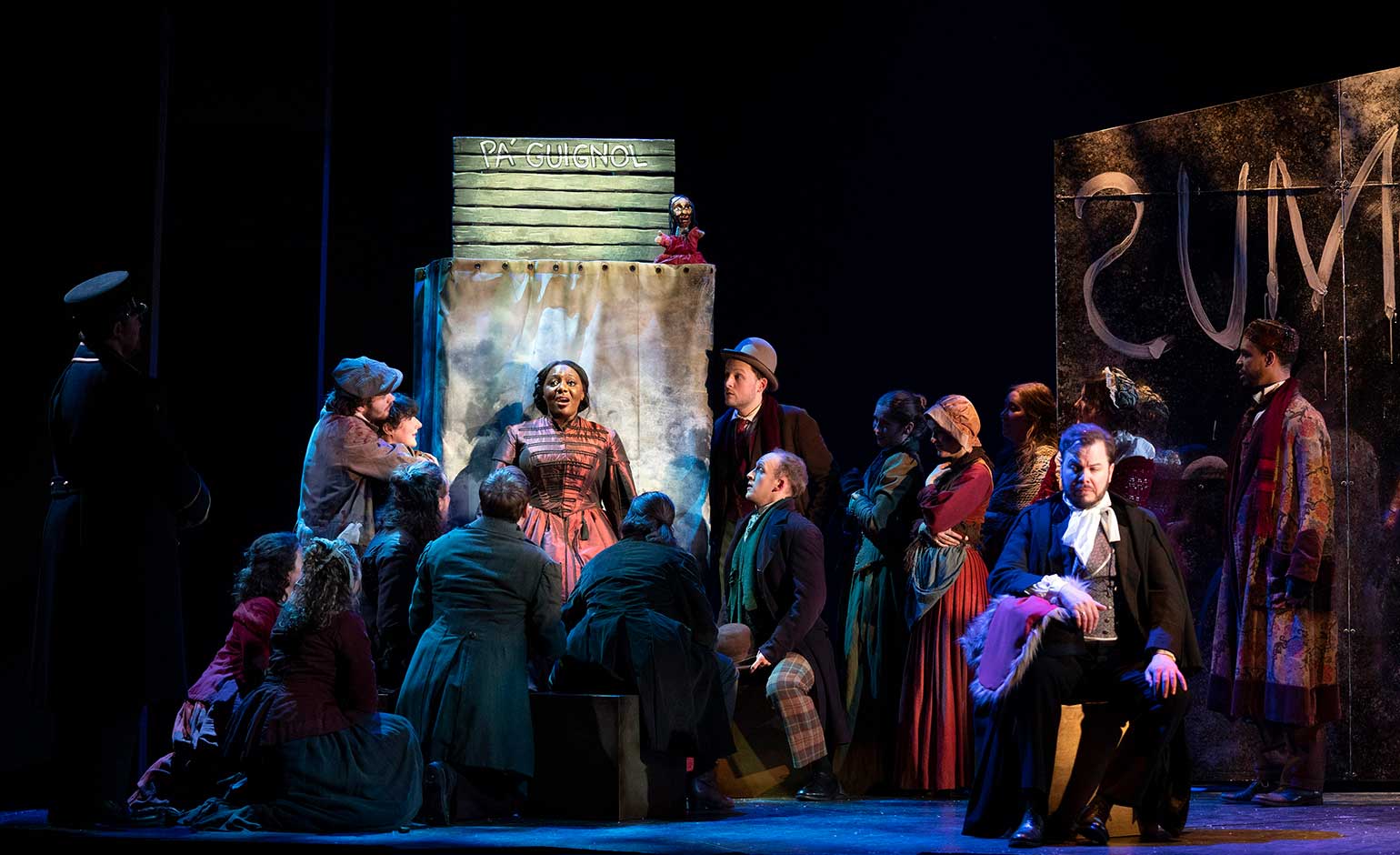 The four principals were appropriately young and believable: Francesca Chiejina’s Mimi, with her rather serious demeanour and rich voice was well suited to the darker atmosphere of the later acts.

In smaller roles, the cameos by Benoit and Alcindoro were enjoyable moments of light relief. Colline’s aria to his overcoat was affectingly done.

Neil Irish’s sets made clever use of a screen which often served to keep people apart; that feeling of dislocation also came across in a bleakly moving final scene.

Musically the evening was more uneven than in terms of staging. Botelho sometimes sounded uncomfortable at the top of his register, though his pianissimo singing was lovely.

One weakness has to be laid at the door of conductor Dionysis Grammenos: Puccini often has his tenor and soprano sing in unison at important moments, sometimes doubled by orchestra: at several points, these sections failed to hold together.

This is an ideal ‘gateway drug’ into opera of course: the drama and Puccini’s musical skill swept any flaws away.