If you are not already aware of the stunning Antic Disposition company, get onto their website and join their mailing list so that you do not miss future productions this extraordinary company may bring to the city. 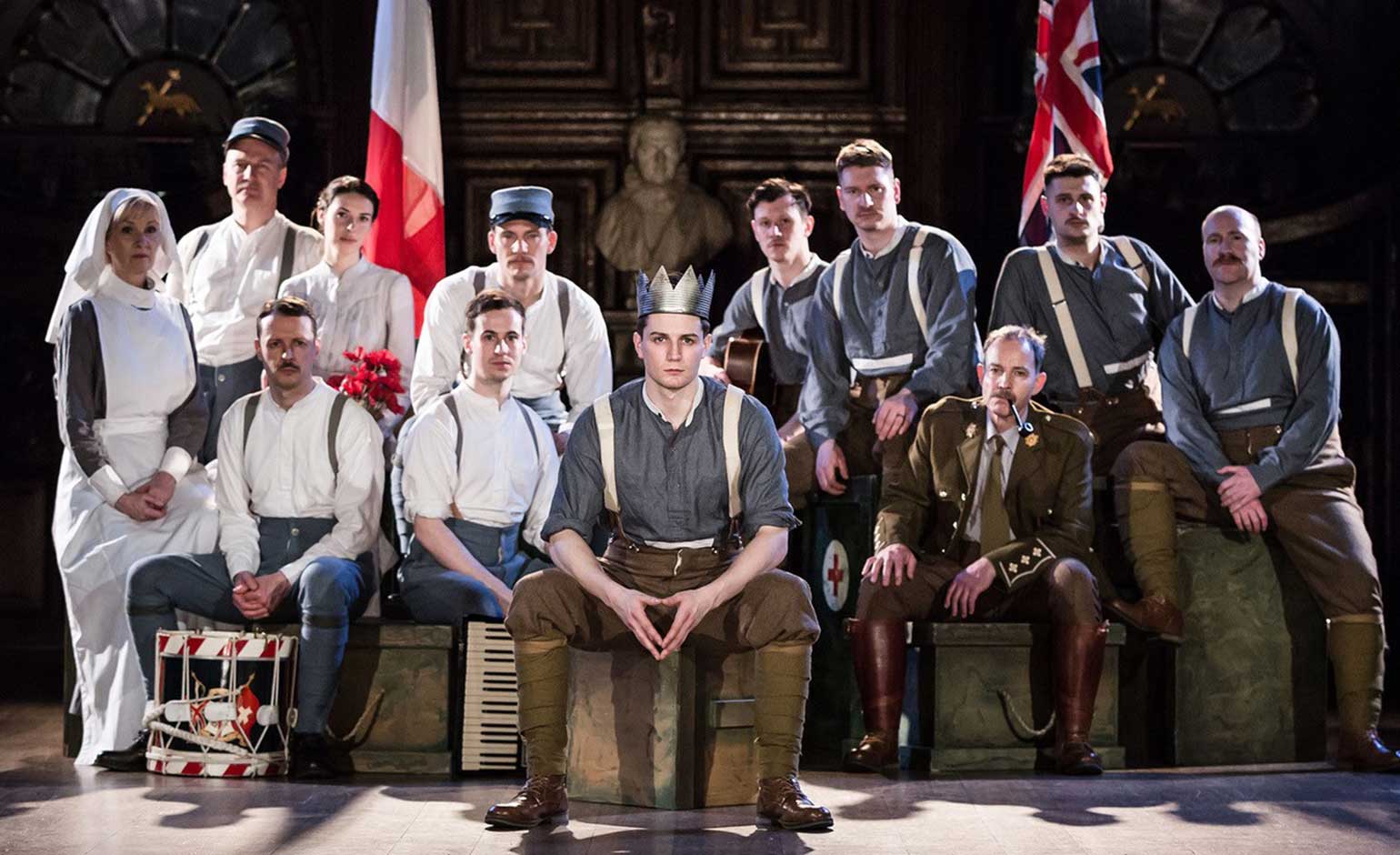 Staged in Bath Abbey as a traverse production in the choir stalls ensured the whole space could be lit and utilised with great visual impact.

Set in a military field hospital a few miles from Azincourt, the recovering soldiers with varying degrees of enthusiasm stage their own production of Henry V.

This soon emerges as a glorious feast of actor-musicians presenting settings of the words of AE Housman to ease transitions and heighten the already dramatic effects of this intimate production.

The multi-cultural cast, including French and Welsh tones bring the lyricism and brutality of the situation to life with ease. Occasionally dialogue disappears into the cavernous space but this is merely in passing.

Barnaby Taylor as Henry V is a commanding and vital energy throughout. Ably assisted by the whole cast including Nicholas Osmond (Duke of Exeter) and Floriane Andersen as the feisty and tenacious Princess Katherine. The final scenes of their wooing and wedding bring much comedy and a true sense of partnership to proceedings.

The balance of the story against the real battle raging a little way from the hospital was brought home to a brutally emotional focus in the final moments.

This finely balanced production directed by Ben Horslen and John Risebero is hugely memorable and one that will stay with audiences for some time.

The feeling that all we wish for peace; in these troubled times away from the safety of the Abbey the battles have rarely felt closer and Shakespeare’s desire to show us that it is the common man who pays the greatest price for a nationalistic ambition is never more relevant.
_ _ _ _ _ _ _ _ _ _ _ _