Mischief Theatre is perhaps best known for their “Goes Wrong” shows, but this quirky play alongside the outstanding “Comedy About a Bank Robbery” reflects another string to their bow. 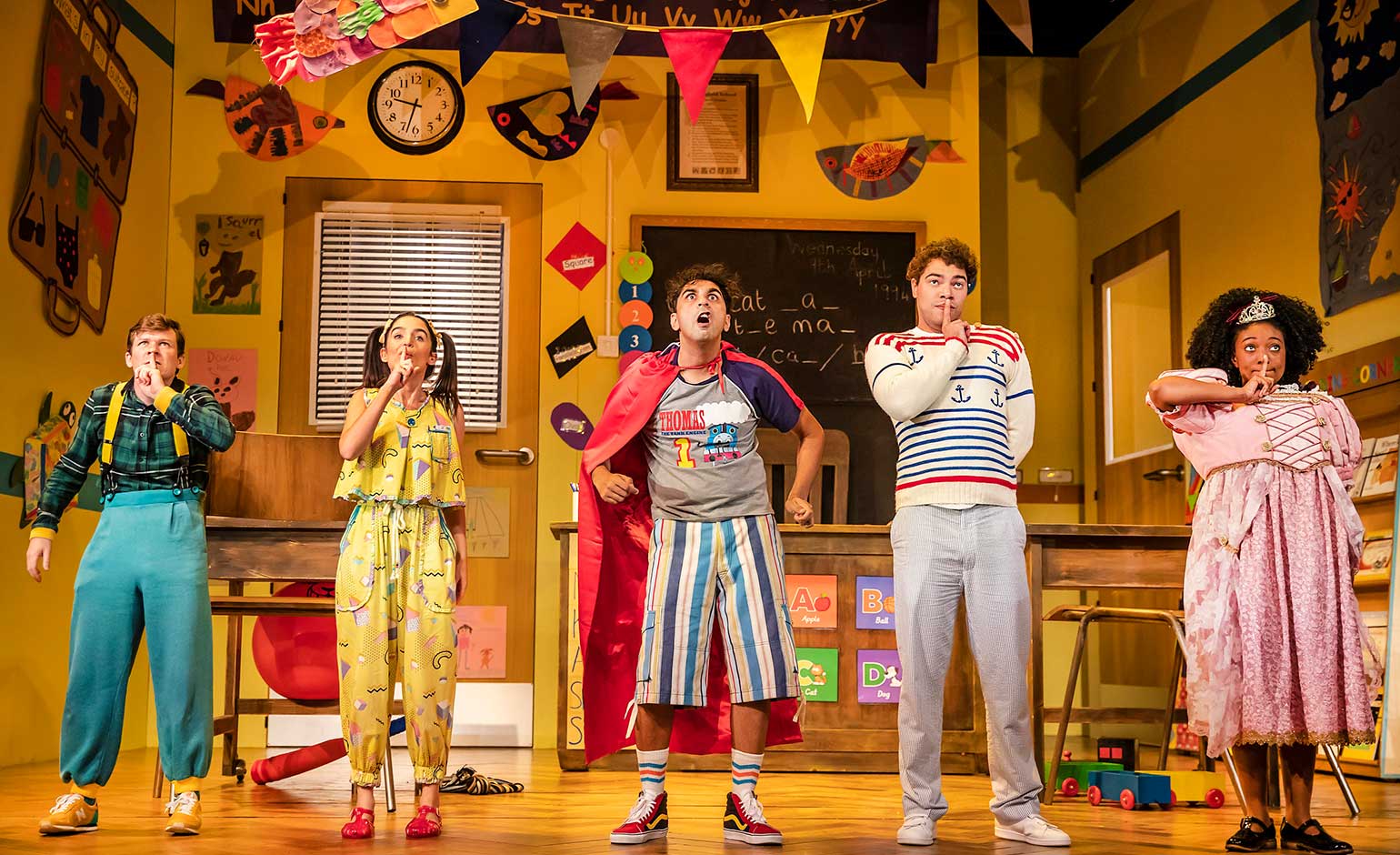 Groan Ups is a tricky one, the second act far outweighs the first; dealing with complex issues that the grown-up pupils now face at their school reunion whilst the set up in Act 1 feels long and the pace varies immensely making it an Act of moments and rather episodic.

Without question, the skill of the cast carries any weak moments with ease. Jamie Birkett steals the show as Chemise whilst Lauren Samuels (Kate) creates a fully detailed Katie.

Yolanda Ovide is a joyfully bonkers Moon, how imagining her dream will fulfil it rather than actually doing anything about it.

Each character comes into their own in later stages where we see Matt Cavendish as Simon struggling with childhood bullying and his need for acceptance.

Dharmesh Patel is a glorious Spencer, the nuance of his character is heartbreaking and he brings great humour throughout. 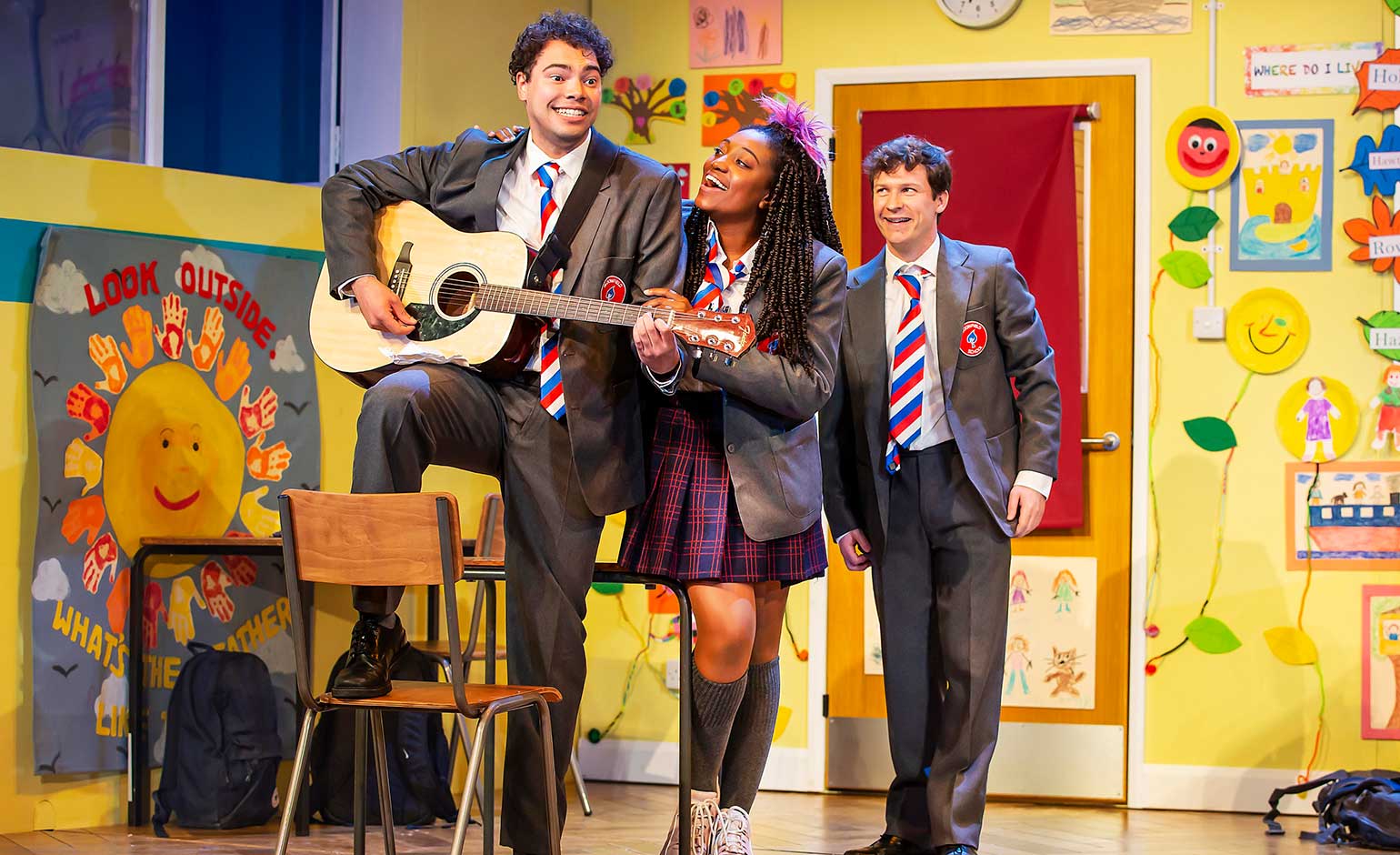 Daniel Abbott as Archie equally flies in Act 2 with some of the best writing allowing a thoughtful and excellent monologue. Killian Macardle also brings some crazy moments of physical theatre to the increasingly serious revelations.

It is hard to discuss without spoilers but it is a lovely, light-hearted, heart-warming piece with some moments of great depth.

The set design by Fly Davis is a faithful nod to the changes the pupils feel as they move through the school; the choice of scale is both clever and entertaining.

The analysis of the personality traits from early years through to adulthood is well handled. Early stereotypes are soon fully-fledged pupils and many recognisable personalities for those with memories of or still involved in secondary education.

Groan Ups is showing at the Theatre Royal in Bath until Saturday 21st August 2021.