Translated by Christopher Hampton from its original French, God of Carnage is a comedy considering the behaviour of middle-class parents and the decisions they make. 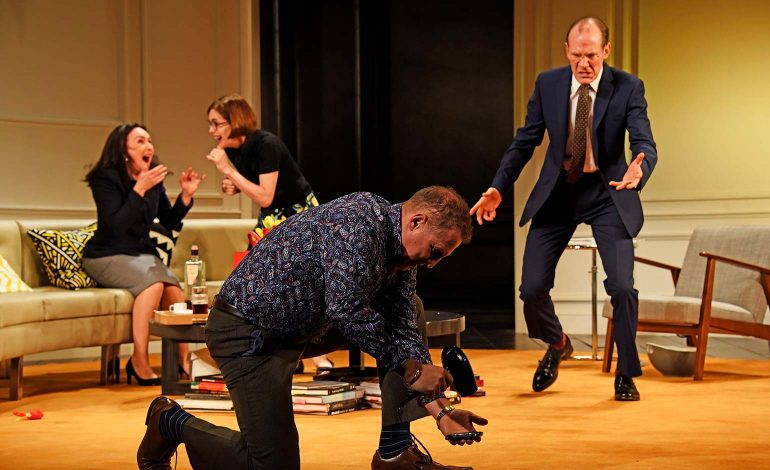 When eleven-year-old Ferdinand hits eleven-year-old Bruno with a stick in a playground punch-up and knocks out two of his teeth, the combatants’ enlightened parents decide to meet to talk things over civilly.

But once the niceties are done with and the drink starts flowing, it is the parents who turn into spoiled brats.

It is a play full of wit, satire and vitriol. The cast is excellent. Elizabeth McGovern (Veronica) starts out as the perfect hostess who alongside her husband Nigel Lindsay (Michael) has the furthest to fall.

Simon Paisley Day (Alan) and Samantha Spiro (Annette) are the invited parents whose child appears to be very much “on trial” for a major crime, and between them try to find a path through the chaos.

Much emphasis is placed on the perfection of parenting; it is hard to imagine a child can even exist in the clinically clean apartment. The looming hanging African spears are foreboding as is the fragile façade of perfection. 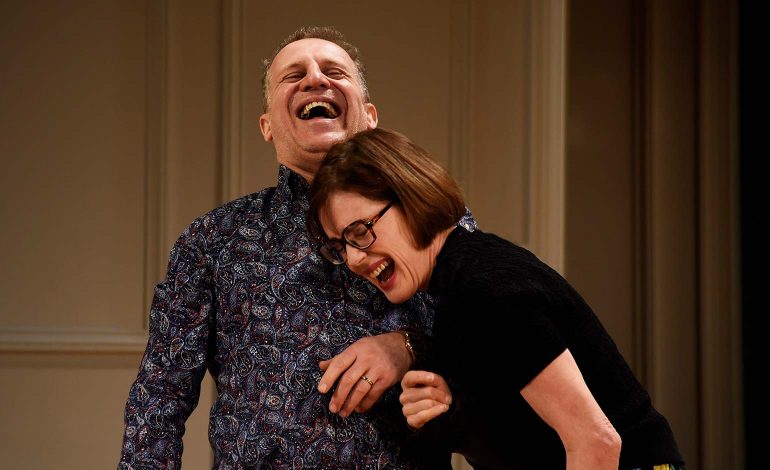 The tone at times is strident and the characters become somewhat irritating but this is part of the comedy.

The sparring and constant point-scoring between the parents is nothing more than an adult playground scuffle and the sort of argument that simply can never be resolved.

The children have been labelled as victim and aggressor, the parents not fairing much better.

God of Carnage, by Yasmina Reza, translated by Christopher Hampton and directed by Lindsay Posner is showing at the Theatre Royal in Bath until Saturday 25th January 2020.