Whilst this play was first seen in 1984 in London and subsequently won every major dramatic award on Broadway and West End, it is most likely the 1992 adaption for the film starring Jack Lemmon and Al Pacino that brought it to a wider audience. 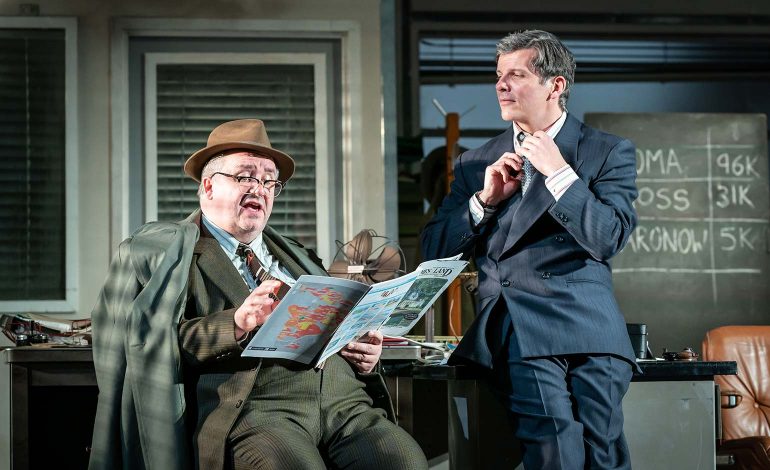 Chicago salesmen are pitched in a high-stakes competition against each other. Four increasingly desperate employees will do anything, legal or otherwise, to sell the most real estate.

As time and luck start to run out, the mantra is simple: close the deal and you’ve won a Cadillac; blow the lead and you’re fired.

Here Mark Benton plays Shelley “The Machine” Levene and Nigel Harman is the ruthless salesman Ricky Roma. The excellent design by Chiara Stephenson allows an era perfect restaurant and wrecked office to set the show against. 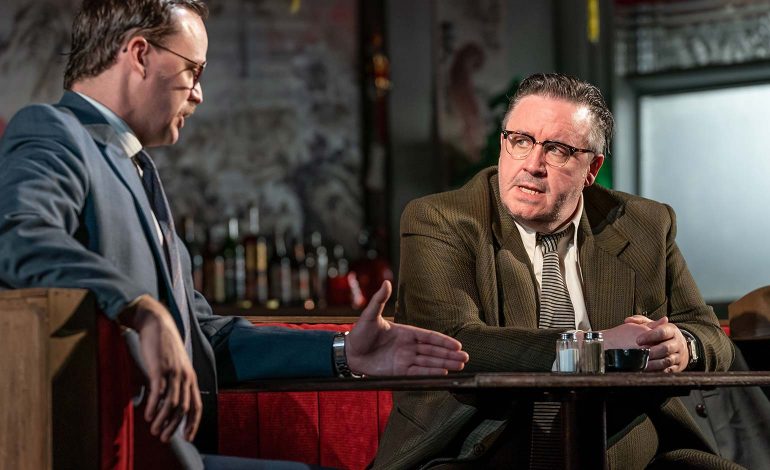 There is much brutality in the language and behaviour of these central figures who oppose each other throughout, looking for the next deal however callous it might be. The stakes are high and the visceral script demands much.

There is a lack of pace and energy that ultimately disappoints. The extended monologues feel laboured and the true intensity of the script is missed.

This play has many relevant themes, despite a couple of decades passing the world of the cut-throat businessman is never far away and this proves to be a salient reminder.
_ _ _ _ _ _ _ _ _ _ _ _

Glengarry Glen Ross, by David Mamet and directed by Sam Yates, is showing at the Theatre Royal in Bath until Saturday 23rd March 2019.