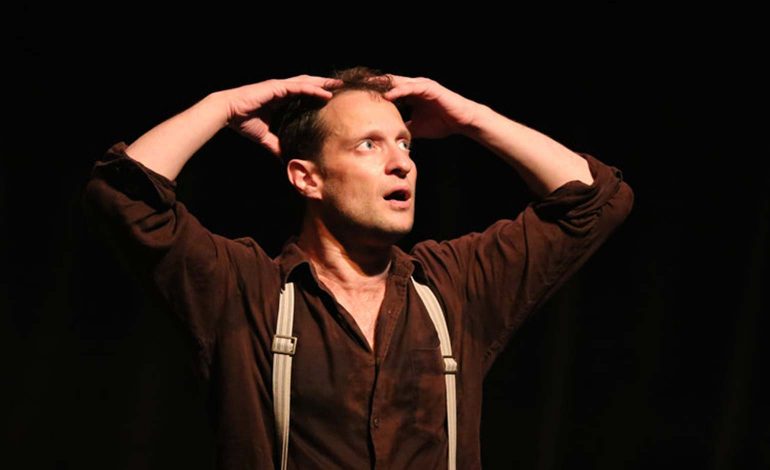 This is a show about stand-up; more specifically about Gerard Harris doing stand-up, and his extreme psychological reactions – agonised, self-lacerating, alternately terrified and euphoric – to his attempts to practise that particular art.

In a packed and highly-charged hour, we get his whole life from the age of two to the present, with its successes (few) and failures (many), in a non-stop high-speed barrage of recollections from his career.

His encounters with promoters, therapists, meditation gurus, other comics, even his trouser zip, are gone over in intense emotional detail, in a timeline that flips forward and backward without warning, leaving his audience gasping to keep up.

This is not a show full of loud guffaws and belly-laughs, though there are one or two; but its confessional openness and witty but histrionic delivery make it never less than riveting.
_ _ _ _ _ _ _ _ _ _ _ _

Gerard Harris performed Attention Seeker at the Mission Theatre in Bath on Sunday 26th May 2019.