Geoff  Norcott is certainly working hard at the Sosh tonight, doing not one, but two warm-up spots, one for the warm-up act (He was good, too.), and one for his main show which doesn’t start till after the interval. 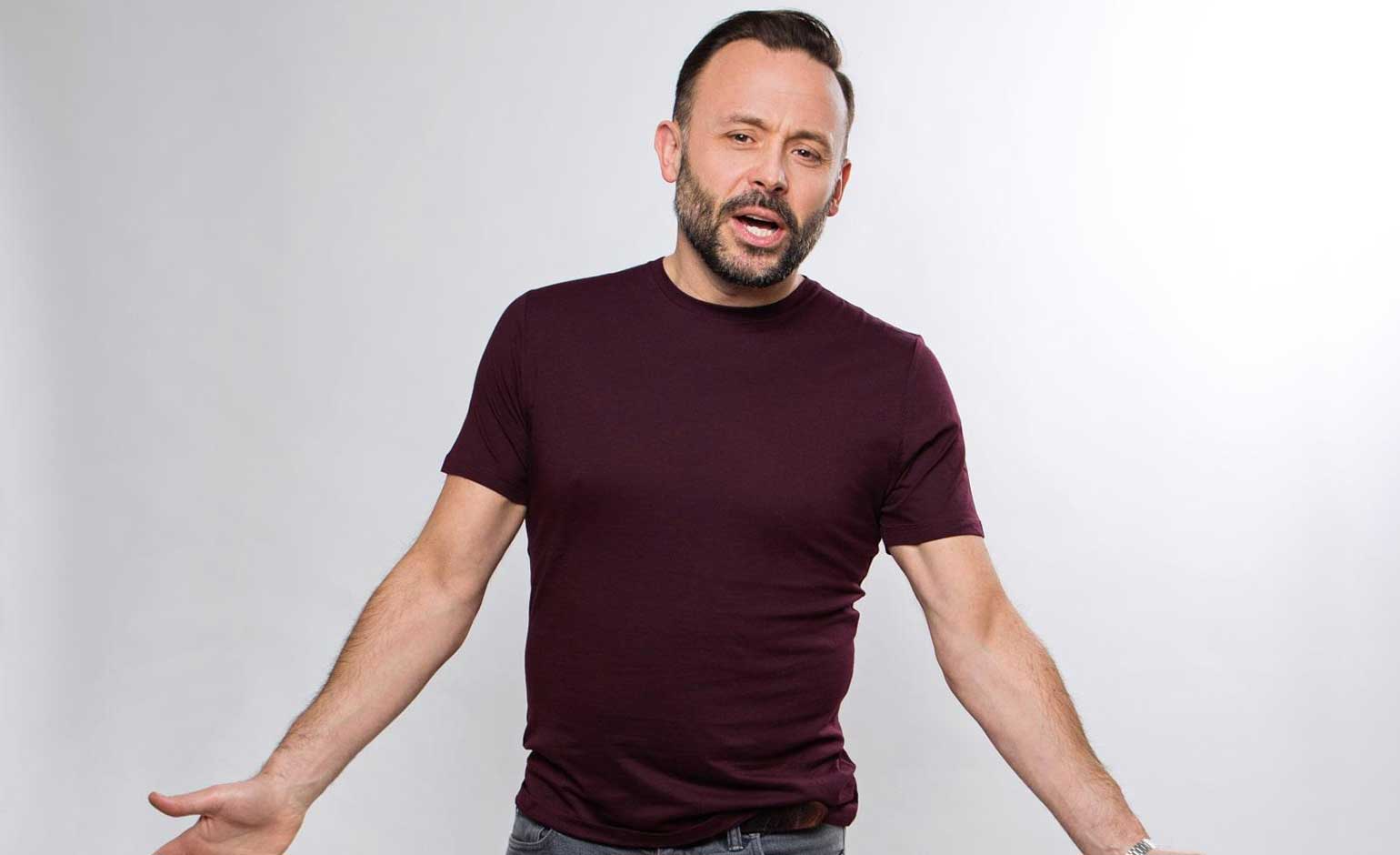 The main show isn’t significantly different from his warm-ups – but we’re pretty well-warmed by then, so who cares? He’s very fast on his feet, and his banter with audience members is teasingly non-aggressive and very funny.

He’s constantly, of course, cheekily pushing the boundaries of his stance as a conservative comic, which as we all know is not usual in today’s left-leaning comedy scene – but, be assured, he’s no Jim Davidson.

We’re not returning to that world. He has plenty of sly comments about gender, and sex, even trans people, and how men’s and women’s attitudes differ, but, while he gives cod warnings about doing stereotypes, the stuff isn’t actually sexist. And it’s funny, which is what matters.

He’s a tad less so on actual party politics, though he slags off the government as well as the opposition.

Interestingly, he sees the government as not really Conservative, which lefties would agree with, seeing it as far more right-wing. He thinks it’s actually far too left-wing, with Sunak embodying the nanny state by splashing out taxpayers’ money.

He also likes naughtily having a go at what you might call sacred cows; knocking the NHS: why should we regard them as heroes? They get paid, don’t they? And even the sainted David Attenborough, who he simultaneously attacks (a) for flying around the world for his work, while bemoaning the cost of carbon emissions to the climate, and (b) for not doing that, and now only doing voice-overs for work done by others, who he assumes are paid less.

Whether he actually believes this, or is just doing it to be contrarian and piss off the lefties isn’t clear. But these are minor quibbles.