This evening promises much, with its MC Sam Russell, and no less than five other purveyors of the art of stand-up. 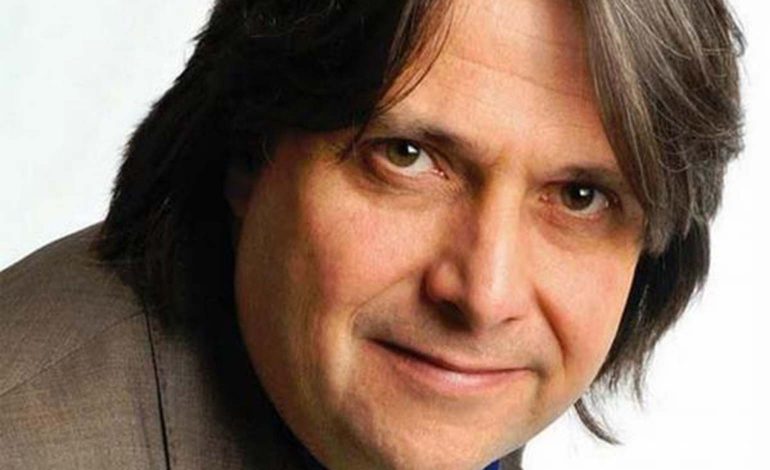 Alan Francis, who our reviewer describes as ‘top class stuff’

In the end, it doesn’t entirely live up to that promise. Our compere is one of those shouty, ‘make some noise’ over-enthusiastic, over-cheerful, over-the-top types. Odd, since one of his routines aims to take the piss out of estate agents who behave in a similar manner.

In the short sets that follow, your first comic, Grant Buse, is a shouty Australian with an electric guitar that he sings a love song to, with lots of double entendres of a sexual nature; and also a version of Leonard Cohen’s ‘Hallelujah’ to take the piss out of clichéd singers who do it to death, which begs the question of why he himself is doing it.

But it goes down well, and the audience member he chooses to humiliate by dragging him onstage to join in on the chorus, turns out to be an excellent singer.

Stephen Trumble is an even more shouty comic, ranting about relations with his family, or something like that. Too loud to really follow what he’s on about, the volume is so high.

Sarah Mills’ main schtick is that she’s not very tall, four foot eleven – just an inch too tall to qualify for disablement benefits for dwarfism – and she’s suitably witty about that. And doesn’t shout.

The next act, whose name your critic can’t recall; since it’s not in the printed brochure, is much more interesting; though even he’s a bit shouty. But his marvellously left-field take on his Irishness and other topics becomes more enthralling as his too short spot goes on.

The headline act, Alan Francis, is top class stuff, at ease with the audience, amazingly adept at coping, unfazed, with three drunks at the back shouting what they think are witty comments; and he takes us with a well-constructed dry wit through such things as the frustrations of call centres, his weight problems, and how not to have a heart attack from screaming at computers.