This new production from Flipside Theatre, written and directed by its own very able Pippa Thornton, concerns the lives of five young people at the start of their career at an unspecified university. 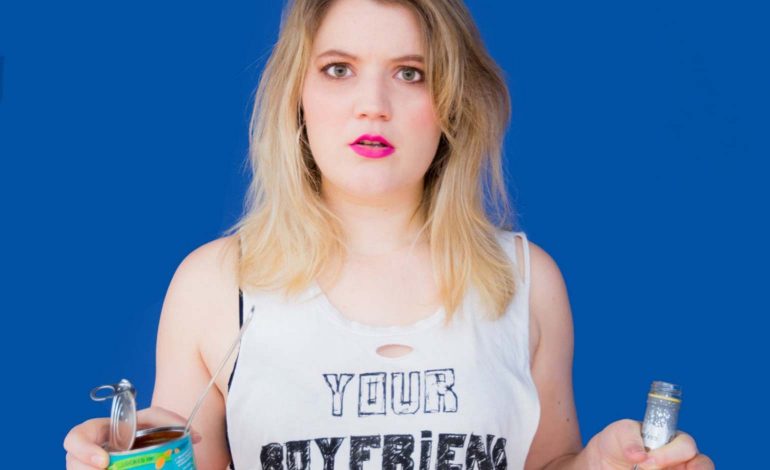 It introduces the four female protagonists on their first day there, as prospective housemates. The bare set is enlivened by an imaginative sound and lighting plot, able to evoke the deafening atmosphere of a night club, or the ordinariness of the shared house, or with eerie sound effects and drifting smoke to indicate time flashbacks, or dream sequences.

At the start, three of the four women appear to be, well, not a little brainless – focusing only on the need to drink, dance, and flirt their way through Freshers Week with no thought of higher education –  except from the reluctant Chloe. And there is much comedy in the wicked portrayals of this sort of girlie fun.

But things get more complicated as tensions start to arise between the housemates, and – without revealing too much of the plot – the piece gradually turns from comedy to something redolent of Jacobean revenge tragedy.

This is a difficult trick to pull off successfully, but the quality of the writing and direction, and the acting talent of the excellent cast, are equal to the task.

Charlotte Hobbs in the shape-shifting character of Chloe; Cleo Heywood as the complex, damaged Holly; Jessica Sterling as the shrill, nervy Tash; Maia Tassalini Collins sometimes hilarious, sometimes threatening, as Sophie; and Toby Gibbs as the hapless but decent Jake – all of these are faultless and arresting performances in this clever and evocative piece.

Fresher, by Pippa Thornton and presented  by Flipside Theatre, is showing at the Rondo Theatre in Bath until Saturday 2nd February.