Footloose the musical adapted from the film by Dean Pitchford and Walter Bobbie with music by Tom Snow is firmly in charge at The Merlin this week. 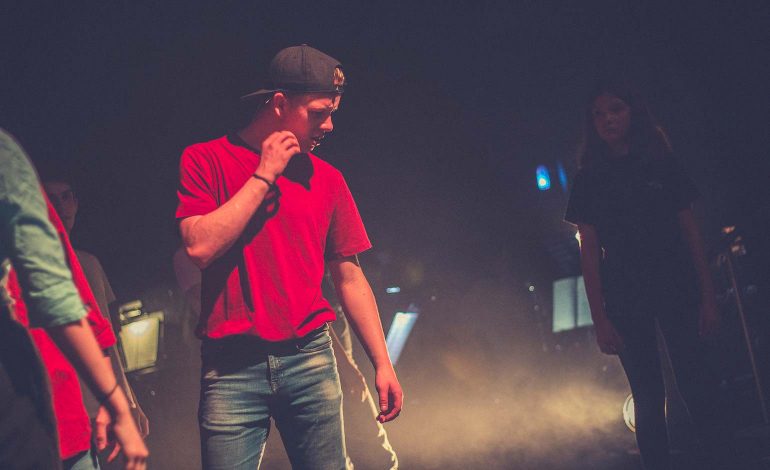 The product of an eight-day intensive rehearsal period, the young company have clearly relished the challenge.

Having moved from Chicago, newcomer Ren McCormack finds the small Midwestern town he now calls home has made dancing and rock music illegal.

As he struggles to fit in, Ren faces an uphill battle to change things. With the help of his new friend, Willard Hewitt and defiant teen Ariel Moore, he might be allowed to bring dancing back. But Ariel’s father, the local Reverend Shaw Moore has different ideas.

Directed by Claudia Pepler, the production has great fluidity between scenes whilst choreographer Amy Maughan creates some challenging and vibrant routines.

The cast is led by the very capable Fin Collinson as Ren and the superb Dillon Berry as Willard. Holly Fleetwood is the troubled vicar’s daughter, Ariel with George Plant as Rev. Moore. 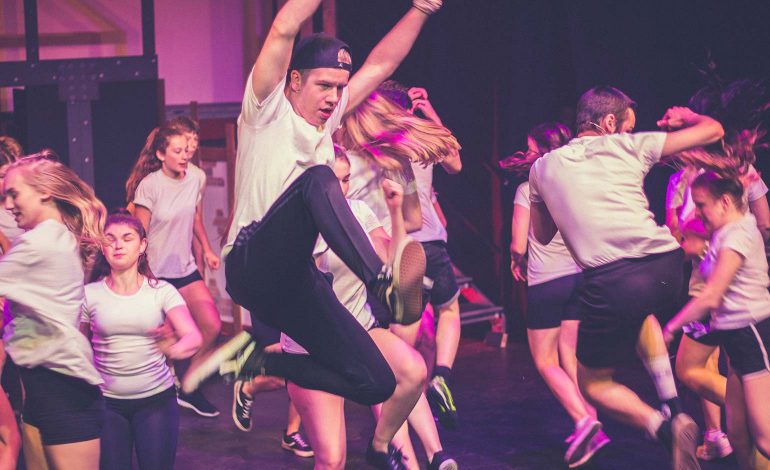 The supporting company are all strong and the teamwork is evident.

Whilst the songs written for the show are generally good it is the more well-known numbers such as “Footloose,” “Holding out for a Hero” and “Let’s Hear it for the Boy” that lift the show and enable the cast to come into their own.

There is a good depth of talent in this impressive company and no doubt any technical issues will be ironed out quickly.

It is an enjoyable night out and a great celebration of the importance of youth theatre. The Merlin was packed and the response from the audience was well deserved.
_ _ _ _ _ _ _ _ _ _ _ _

Footloose was a Tri.Art production at the Merlin Theatre in Frome.