Fiddler on the Roof has been a firm favourite with audiences for a long time, however in a world that appears to be changing into a less tolerant place it has rarely felt more relevant or thought provoking. 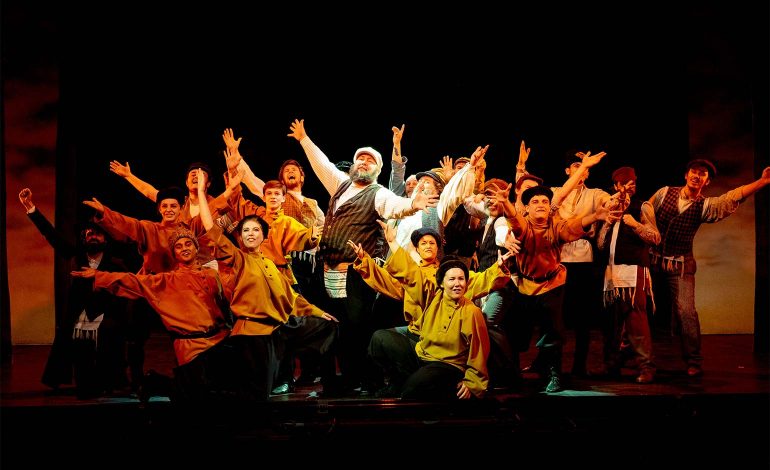 Based on the iconic film; Tevye the milkman scrapes by in Annatevka providing for his wife Golde and his five daughters. With little in the way of a dowry, any man appears to be a good catch but the introduction of choice and independence for his children against the looming ethnic cleansing from Russia turn the beloved traditions upside down.

Director and choreographer Maisie Carter brings a refreshing tilt to the popular set pieces, the large company have good energy which carries the show along. 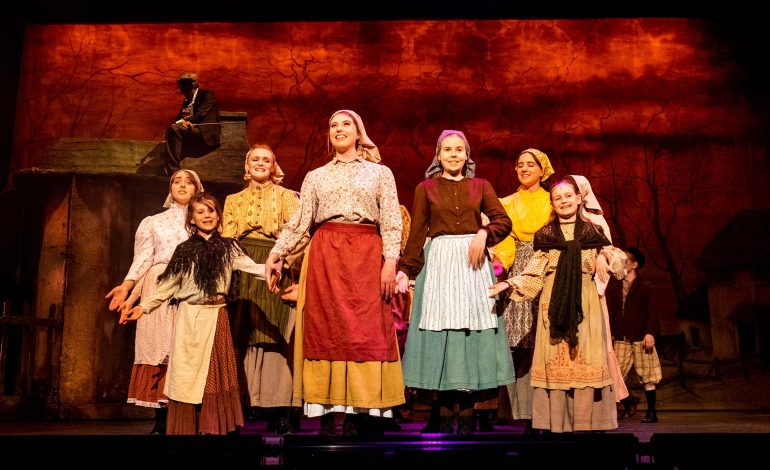 Tristan Carter in the central role of Tevye captures a vulnerability, warmth and comedy that belies the uncertainty of his future and paternal woes. He is in fine voice and commands the stage throughout.

He is ably accompanied by Barbara Ingledew as his wife, Golde, who tries to keep him in line and clearly is in charge. Together they make a strong couple. Lydia Marsh (Tzeitel), Shannon Croker (Hodel) Izzy Atkin (Chava) and Ottilie Ress- Davis (Sphrintze) make up the much-loved girls, some of whom find themselves the most unlikely of partners.

Grant McCotter (Perchik) and Django Lew-Clark (Fyedka) steal away Hodel and Chava to the despair of Tevye. 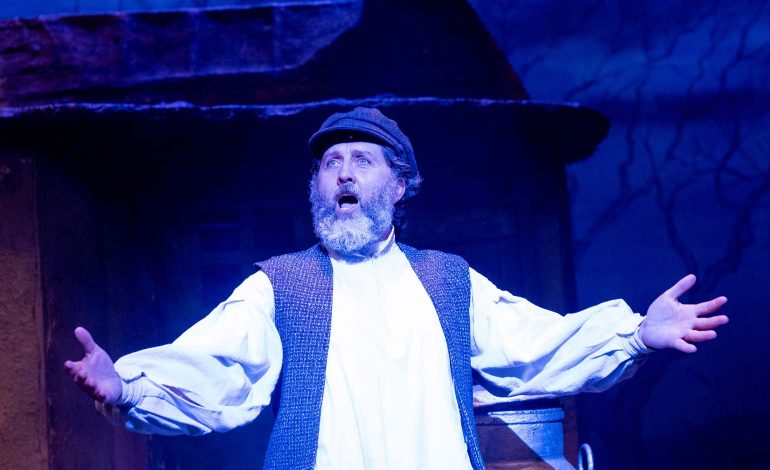 Under the direction of Peter Blackwood, the orchestra are well controlled and vocals are supported by a good sound design from James Hartland.

This is a strong production reflecting the depth of talent in amateur theatre. The large audience last night clearly reflected the feeling of goodwill and warmth to this long standing local company as they embarked on what will no doubt be a successful run.
_ _ _ _ _ _ _ _ _ _ _ _

Fiddler On The Roof, a Bath Operatic and Dramatic Society production, is showing at the Theatre Royal in Bath until Saturday 27th April 2019.