Equus storms into Bath this week with great style and visual brilliance, an absolute must for any local theatre students or lovers of excellent theatre. 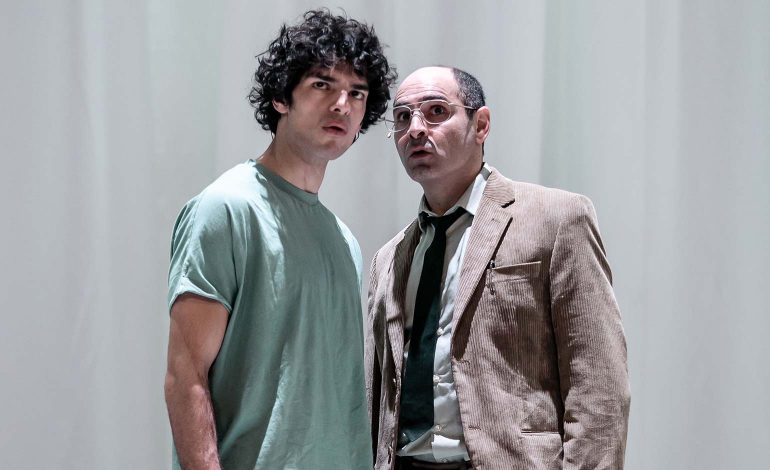 Peter Shaffer is well known for exploring the unusual and here he takes the story of Alan Strang (Ethan Kai) who is committed to a psychiatric unit rather than prison for having blinded six horses.

Alan is the product of a controlling father and religious Mother. His behaviour is unravelled by the beleaguered but ultimately brilliant Psychiatrist Martin Dysart (Zubin Varla), who through a series of tricks and trust finds out the eventual truth behind such a sadistic attack. 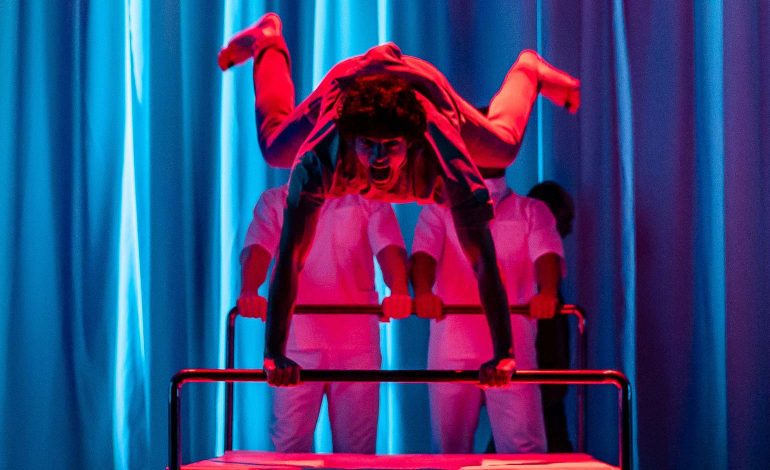 Ethan Kai as Alan Strang is outstanding from his initial lack of communication through to the brutal nightmarish images that haunt his life.

The entire company multi role with ease; whether human or horse. However Ira Mandela Siobhan as Nugget the central horse is extraordinary. The relationship between Nugget and Alan is never in doubt whilst the superb direction (Ned Bennett) and movement direction (Shelley Maxwell) creates a world in which we can totally believe. However minimalist it may appear. 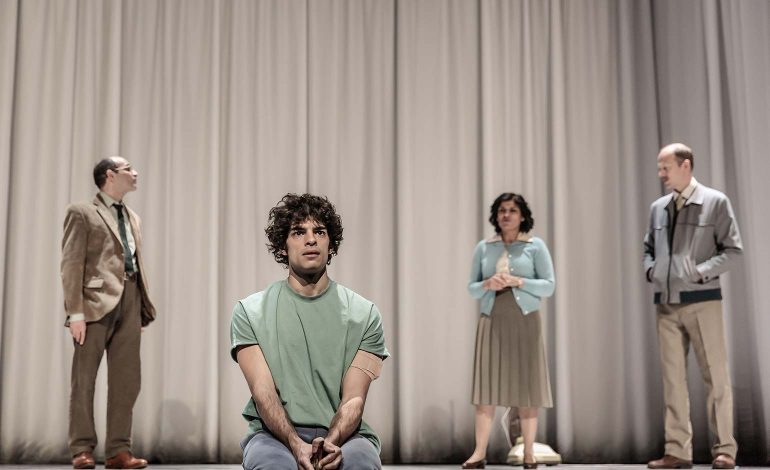 The production is fluid and dreamlike throughout; the design (Georgia Lowe), lighting (Jessica Hung Han Yun) and sound (Giles Thomas) ensure that we weave seamlessly through Alan’s journey.

The cast and production are equally impressive. Shaffer digs deep into base, feral passions in his exploration of why young people commit horrific crimes and just how these behaviours are often the result of a much bigger story; which can mean very different things to the patient and the people around them.

Equus, by Peter Shaffer and directed by Ned Bennett, is showing at the Theatre Royal in Bath until Saturday 6th April 2019.