This is an absolute treat. The production from the excellent Theatre by The Lake, directed by Max Roberts, has all the heart and pathos that you would expect coupled with fine central performances from Stephen Tompkinson as Frank and Jessica Johnson as Rita. Both make these roles their own and relish each moment. 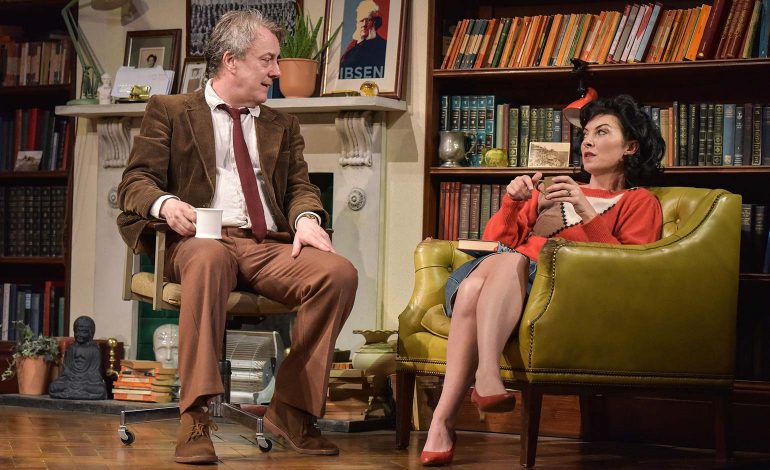 Rita is a working-class girl who seeks education and joins an open university course. Her tutor is the heavy drinking laconic Frank whose own midlife crisis has him on a path of self-doubt and disillusion.

The script fizzes with classic Russell wit and observation. The acerbic Frank and the ever-optimistic Rita; clash and rail together yet all their choices come with huge cost. The final scenes never really conclude the piece, and allow them both new beginnings. 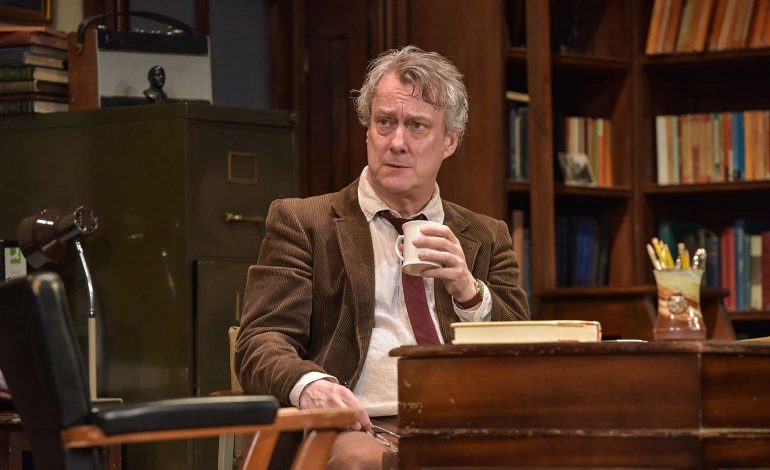 Stephen Tompkinson as Frank is a fine weary academic, with hidden bottles behind various novels.  He is endlessly exasperated by his own self-loathing and initial judgements of the uneducated, knowledge hungry Rita.

Jessica Johnson is a vibrant energetic foil to Tompkinson. Her endless quest for betterment is palpable and the sacrifices deeply felt. 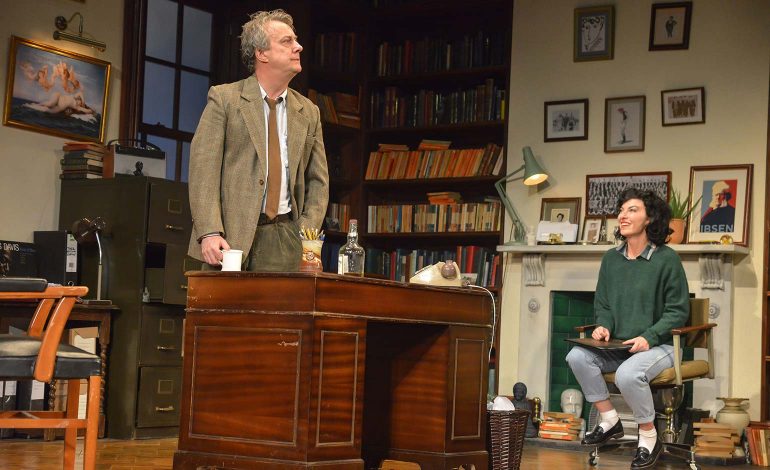 A glorious design from Patrick Connellan nicely captures the austere nature of education, the firmly shut windows defying the potential of fresh air and new ideas.

The play has not aged in the slightest. It remains a great piece of work examining the challenges of class in education.

Educating Rita, produced by David Pugh and Dafydd Rogers, and co-produced by Theatre by the Lake, is showing at the Theatre Royal in Bath until Saturday 8th June 2019.