With Christmas and pantos looming you might feel in need of an an antidote before the event.  And it’s an antidote to Disney too. 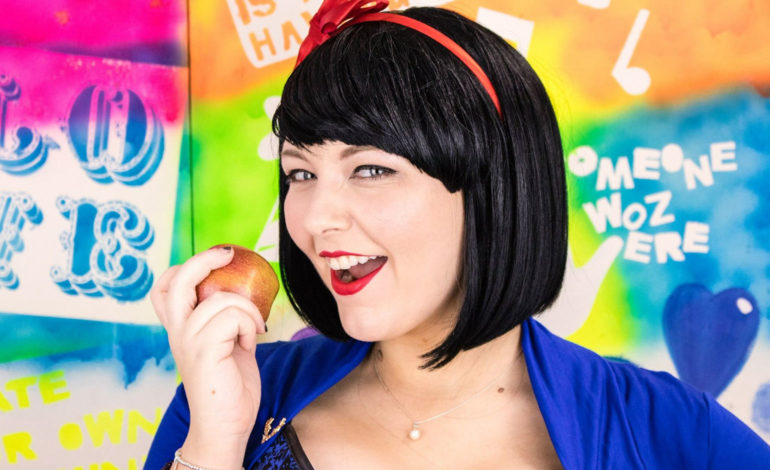 Snow White, Cinderella and Sleeping Beauty, plus their compatriots, can see no reason why they should always need rescuing by a prince on horseback.

Judging by this contest, they’re more than capable of looking after themselves and woe betide any prince who’d argue.

Happily ever after can be a royal pain in the arse is their philosophy, though often not put quite as carefully as that.  “You know you were written by a guy when your chest puts out someone’s eye,” they sing.

Written in 1984, it’s had huge success in the USA but seems rarely performed over here.  It hasn’t dated a minute and had a fairly full house hugely appreciative on the opening night.

No scenery but a tight backing band and half a dozen performers who can really sing (Leah Farmer, Rachel Bosomworth, Rosie Wake, Jane Morgan, Sam Thorp and Maggie-Rose Ranoah Ankrah take a bow) make for a great evening’s entertainment.

Disenchanted is an Exit Stage Left production at The Rondo Theatre, running Wednesday 6th December to Saturday 9th at 8pm with a matinee at 4pm Saturday.