This new piece from the ever-adventurous Flipside Productions is in the form of a set of monologues (and one duologue) exploring the weird new world of social media, and asks “Is this a new reality, or virtual insanity?” 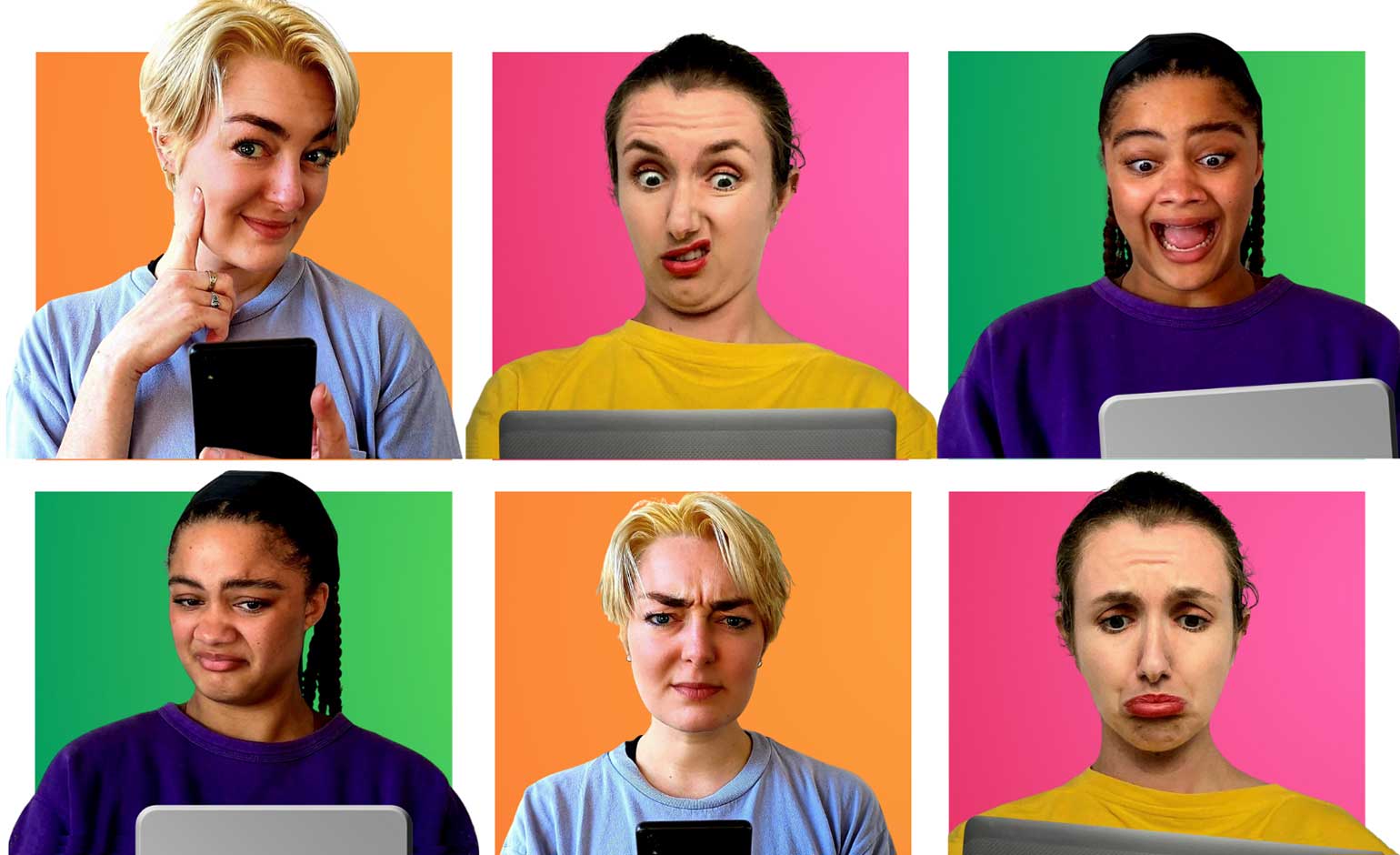 Dede and Delilah is a deliciously comic imagining of a cat ‘influencer’ – no, not a woman influencer on the subject of cats, but an actual cat, Delilah, who is an internet influencer, and her relationship with her human, Dede. Delilah makes it clear that she is the dominant partner in this, and talks down Dede much as cat owners talk about their pet – in between preening herself and offering beauty tips on how to make your fur as shiny and desirable as hers. Gives a new meaning to the word ‘catty’.

Live seems to follow a woman’s agonised battle with a hate-fuelled racist, in which she successfully engages with others on social media to get real-time mass support, and comes out victorious in the end.

Coming Out, as the title leads one to expect, concerns a young woman’s struggle to come out as non-binary, not just to Mum, but to everyone, finally finding confidence in herself by opening up to the whole digital world as who she really is.

Breakup songs to dance to concerns the painful ending of a relationship from opposite sides of the world: London, England and Wellington, New Zealand, conducted by two women, laptop to laptop, with ‘breakup’ applying as much to the signal as to the relationship.

MiMi is a clever personification of an abstract entity – the algorithm, in which she revels in her power to influence, entirely impersonally, everything that appears on the net. It hammers the point that large parts of our lives now are being controlled, not so much by evil people, as by entirely indifferent heartless machines.

Let Me Take A Selfie features another influencer, this time a human one, and her desire for riches, fame and adulation from her digital audience of fans. But she is increasingly disturbed by the seeming Faustian pact she has made with the demonic power represented by the tech giants, which becomes increasingly literal to her and to us as the work of Satan plays upon her, and the screams of the damned in Hell grow louder and louder. Apocalyptic stuff.

As a whole, this very lively piece doesn’t answer one way or the other the questions quoted at the beginning of this review, but it certainly gives plenty to think about.