David Crowe is from Seattle, Washington in the USA. He hasn’t performed in this country since 2005. 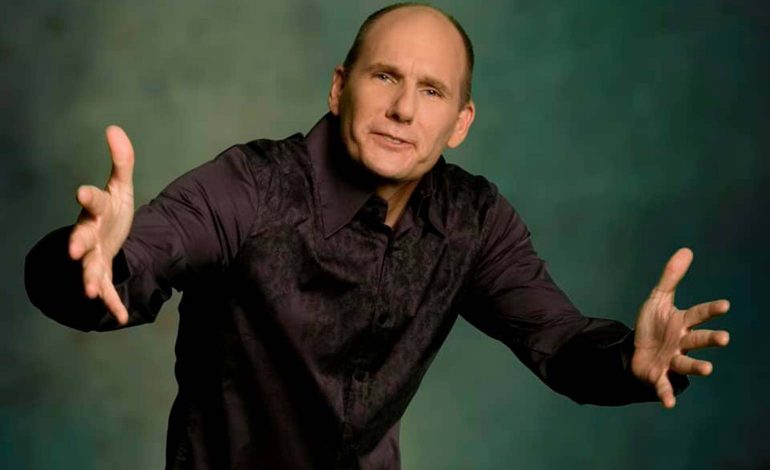 Why? Well, that’s something we don’t really find out in this autobiographical hour-and-a-half of reminiscences over his life as a comic, and  as an Alaskan tour guide, and in other occupations in interesting places at interesting times all over the world. But not here.

He’s here now, he says, partly because recent fatherhood makes him want to connect with his forebears in this country (you know, like Americans do), and partly also to tell his daughter (and now us) some of the mistakes of his youth, as a warning. Some of which he’s never told anyone before. So far, so good.

But is this going to be some self-indulgent confessional ramble through his life and times, purely for his own satisfaction? He makes out it is at the outset: it’s going to be laid back, relaxed, just going to ramble on a bit, don’t be afraid to wander about and get yourself a drink.

But it soon becomes apparent that we are in the hands of a master professional here, with a supreme ability to make any anecdote about any kind of encounter riotously funny.

The subjects he covers are enormously wide-ranging: how to deal with bears; the problems of women’s shoes; coping with the idiosyncrasies of Russian hospitality; the size of drinks in the Caribbean; who should and shouldn’t wear Speedos; and much more – and although it’s entirely about himself, it’s in no way self-centred or boastful.

It’s all full of great warmth and humanity, and unfailingly hilarious.

And the time, much longer than usual for a comedy set, slips by joyously – as exemplified by an audience member’s shout of “Do another hour!”, when he enquires near the end how much time he’s got left.

David Crowe performed Boundaries at the Widcombe Social Club in Bath on Tuesday 28th May 2019.