Can you make a successful show just out of puns? And no, this isn’t Tim Vine. We’re talking really, really bad puns. Well, readers, it turns out Darren Walsh can. 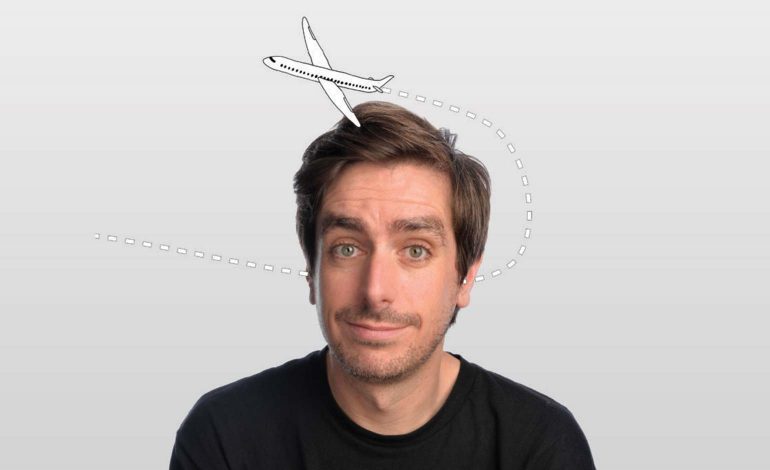 This cleverly put-together piece from the incredibly tall Mr Walsh (six feet eight; and there are a few good height jokes about that) has a central conceit that we are on a flight  with the little-known airline Pun Air – and there is much in the way of fast-fire digital audio and visual stuff to back this up.

There are repeated comments from, and even arguments with the pilot (played onscreen by Darren, obviously); plus cod in-flight announcements and warning signs.

This is a very jolly show indeed, as the puns get more and more outrageously convoluted and ouch-y, some of them taking several minutes of contrived audience participation to set up.