‘Criminal’ is a loose, rotating collective of improvising actors who specialise in making up murder mysteries on the spot from audience suggestions; a popular theme for improv companies. 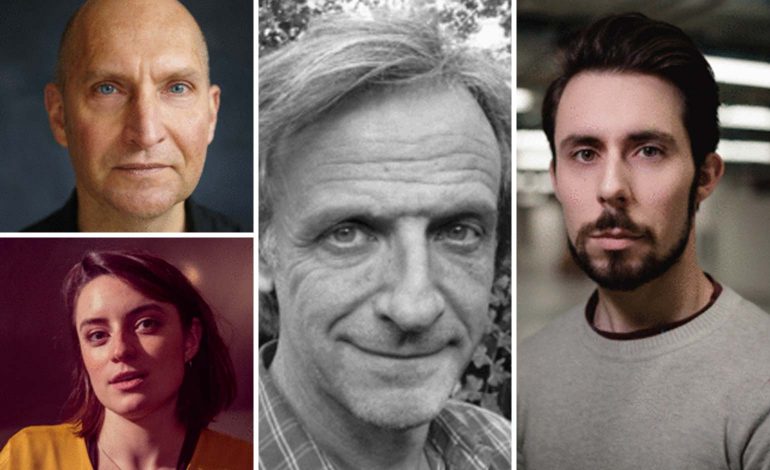 Their personnel has apparently included on occasion such luminaries as Marcus Brigstocke and John Finnemore, though not tonight.

It does, however, include Richard Vranch, an improv star since the days of ‘Whose Line Is It Anyway?’ on the telly. Anyone remember that?

Tonight we are solving the mystery of who killed Gareth Watkins; audience members coming up with suggestions (leaving out the inevitable smutty ones) of what he did for a living, where the body was found, what else might have been found at the scene, etcetera.

Phil Whelans plays the hapless detective inspector, or detective chief inspector (he keeps promoting and demoting himself) in charge of the investigation; all other characters are played by Vranch, Frankie Evans, and Alexander Evans.

Is it funny? Yes it is, full of lateral leaps and distractions as the cast endeavour to catch each other out, despite a mildly shambolic tendency to forget the name of the character they’re playing, and even the name of the murder victim, which has been in the printed brochure for months.

The ensuing mayhem includes such things as a nightclub in a backroom of the Library; the significance or otherwise of strawberry cheesecake and odd footwear; a magnificently louche police pathologist, much smoking of Gauloise cigarettes (No, not really; they can do mime, you know.), and, as you might expect, an outrageously convoluted reasoning out of the motive for the murder.

‘Criminal’ was performed at the Ring O’Bells in Widcombe, Bath on Monday 1st April 2019.