New Old Friends have created a gloriously unique and crazy world of comedy and pastiche in this new production. 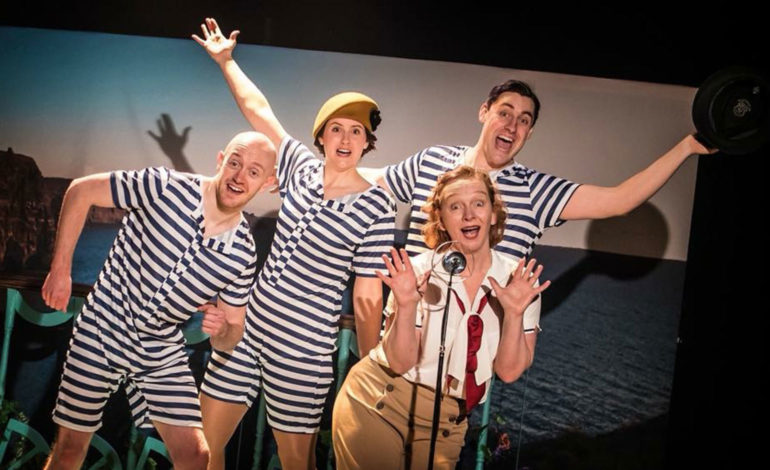 Based in the English Riviera, we are invited to join the famous, female detective Artemis Arinae.

She is a writer, who like Agatha Christie, enjoys solving mysteries.

Unsurprisingly and with lashings of good humour Artemis finds herself at the scene of a murder…. No spoilers here!

Jill Myers as Artemis holds the plot together with great flair. Alongside her, Heather Westwell, Jonny McClean and Feargus Woods Dunlop create 13 further characters who race through costume changes, improbable accents and beautifully crafted moments of physical theatre that ensure there is not a beat out of place.

The pace is frenetic at times but there are moments of surprise, such as a madcap sing song and the first appearance of Lucien (Jonny McClean) both brilliantly obscure but once again reflects the vision of the company and the fearless direction of James Farrell to create a show that simply does not conform to usual expectations; resulting in a refreshing and hugely enjoyable night out.
_ _ _ _ _ _ _ _ _ _ _ _

Crimes Under The Sun was a New Old Friends production at The Ustinov Studio in Bath.