This is the latest assault by the multi-talented New Old Friends company on the traditional whodunit. 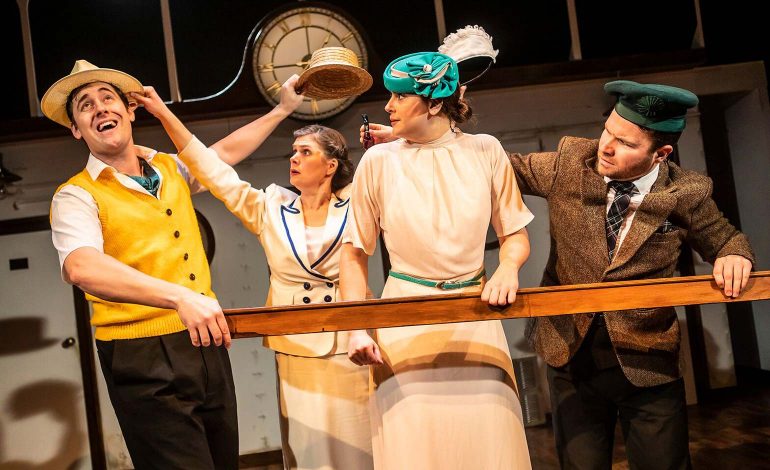 Loosely, very very loosely, based on the works of the sainted Agatha Christie, it contains all of what have now become their trademark techniques.

It has a complicated, in fact virtually incomprehensible, plot; delivered at breathless speed with millisecond timing by an unbelievably versatile cast of four; and multiple fast, astonishingly fast, changes of costume and character. 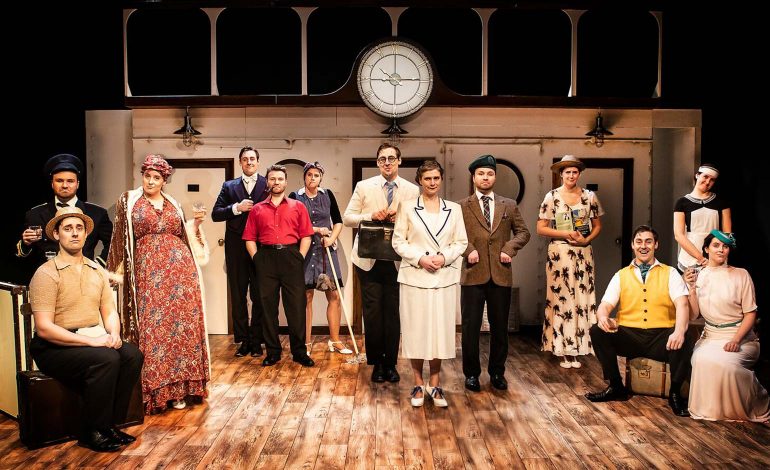 Set on a Nile cruise, it has an array of wonderfully overblown characters; louche Noel Coward ladies; a sort of Welsh Jeeves of a purser, a suitably drunk captain, a marvellously over-Teutonic German doctor; a salacious writer of bodice-ripper novels; an enormous squeaky-voiced dim teenager; a Scotsman (there should always be a Scotsman) and more, with, as always, the Galllic detectorine Artemis Arinae.

There is a crocodile attack, a camel race, gunshots of course, and much more fast-fire comic mayhem.

Beautifully directed and clearly rehearsed within an inch of its life, this is a masterclass in ensemble playing from a team of precision comedy engineers.
_ _ _ _ _ _ _ _ _ _ _ _

Crimes on the Nile is a New Old Friends production, at the Ustinov Studio in Bath.

The show is appearing at the Ustinov until Saturday 26th January 2019. For more information, and tickets, visit the Theatre Royal website.