Celebrating Next Stage’s 15 anniversary of appearing at The Mission Theatre, they’ve come up with a real cracker which should not be missed. 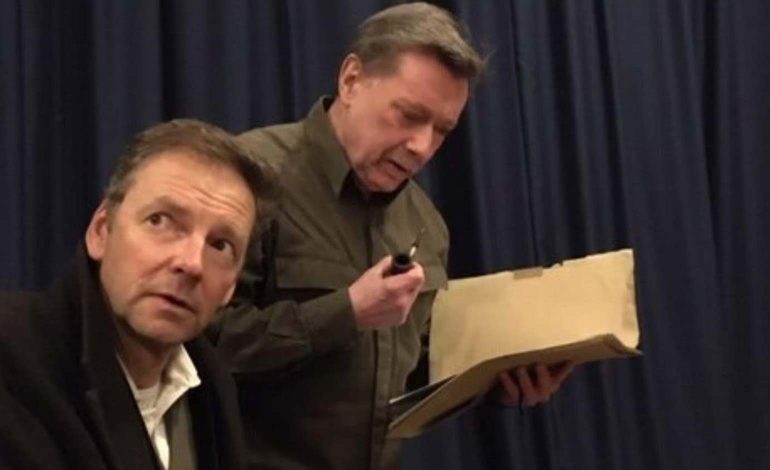 Shades of that terrific movie The Death of Stalin here, or perhaps that should be the other way around as this award-winning play premiered at the Royal National Theatre in 2011 and the film appeared in 2017 – both being black comedies about Stalin.

Collaborators, set pre WW2, has the germ of truth however as Mikhail Bulgakov, the put upon, puzzled playwright (a perfect Brian Hudd) not only existed but did contact Stalin who got him a job at the Moscow Art Theatre.

Approached by a sinister pair of secret police, Bulgakov agrees to write a play about Stalin for his 60th birthday.

However, the playwright’s wife Yelena (spot-on as ever Caroline Groom) is not optimistic, “I hope for the best, but fear for the worst.”

When Stalin himself steps in to help with the play you know this isn’t going to end well.  “It’s man versus monster and the monster always wins,” he says later. 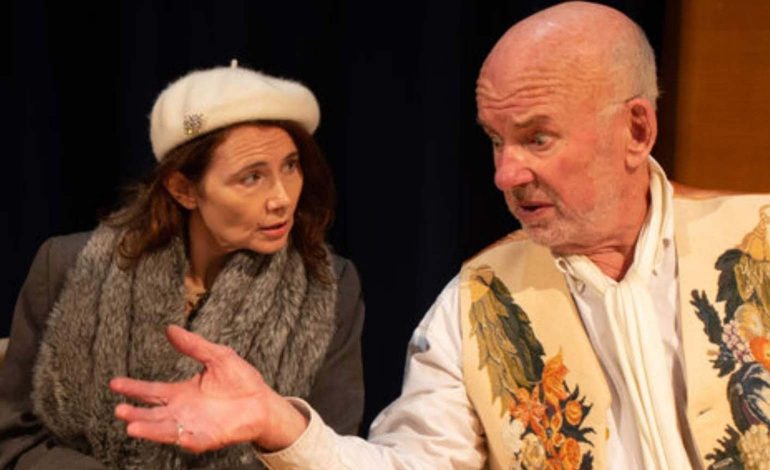 Even secret policeman, Vladimir, complains “I’m being followed,”  to Bulgakov who replies, “Isn’t everyone?” as he finds that collaborating with Stalin has many benefits but also comes at a high price.

As the plot twists and turns with far more wit than you’d expect, the horrifying era is brought to life by the skill of playwright, director and large cast in this superb piece of theatre.

Collaborators by John Hodge is presented by Next Stage Theatre Company and directed by Bob Constantine.

It is showing at The Mission Theatre in Bath between Tuesday 21st – Saturday 25th January at 7.30pm.