This delightful, quirky and unique production created by the brilliant “Told by an Idiot” company traces the supposed story of Chaplin and Laurel on a voyage they made in 1910 from the UK to the USA. 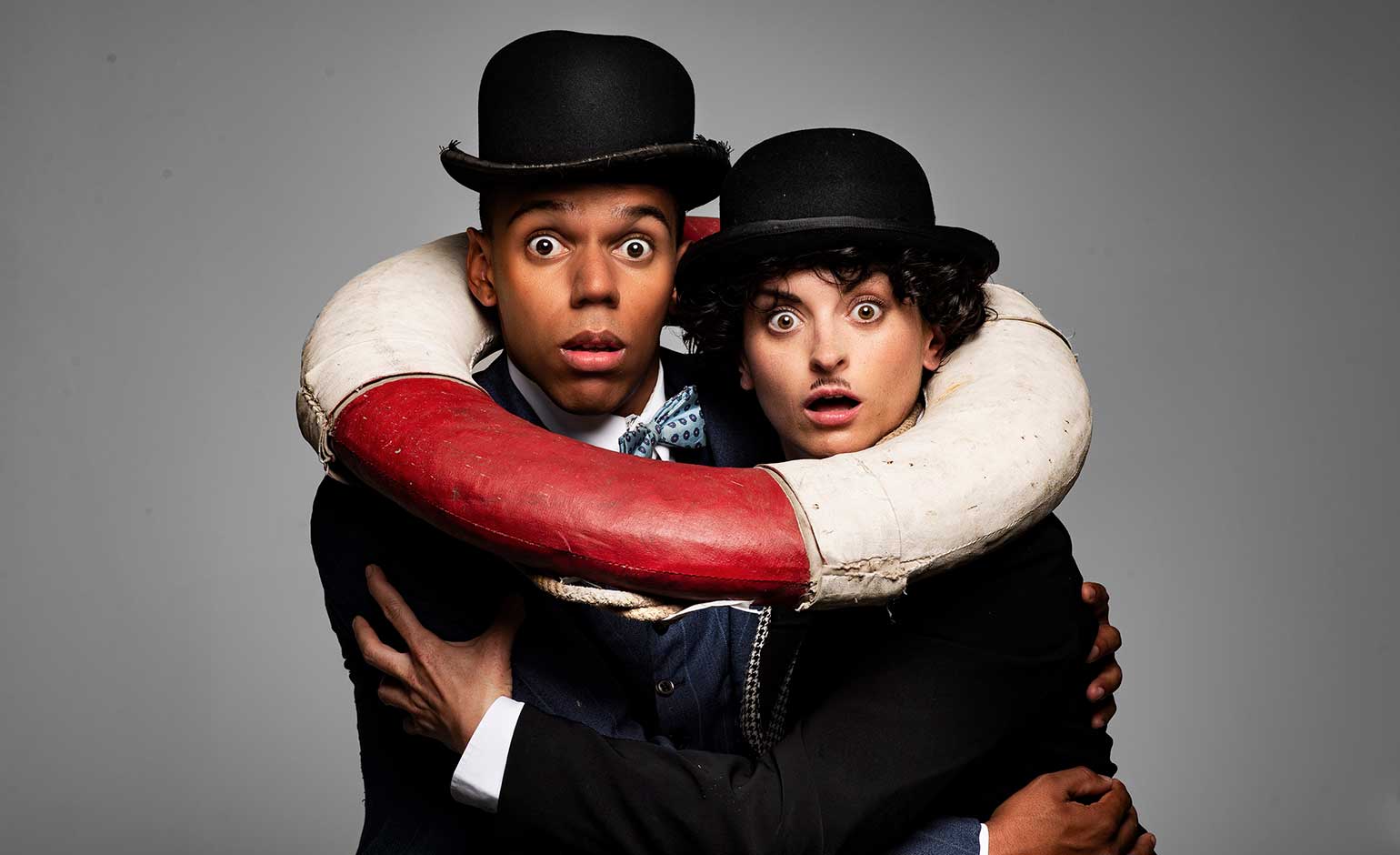 Whilst it makes no claims to be truthful; history tells us they shared the voyage and cabin as entertainers working for the Fred Karno Music Hall Troupe. When they reached the US they parted company and subsequently became the biggest performers of their generation. The rest, as they say, is history.

The magic of the silent music hall is recreated with live onstage piano and other acoustic tricks from clog dancing to an expertly played drum kit.

The pace is held well with extended physical theatre routines and some nifty projections; the mood and storytelling is strong with moments of poignancy interspersed with audience participation.

Danielle Bird (Charlie Chaplin) is an extraordinary talent; elastic limbs and glorious facial expressions. Jerone Marsh – Reid (Stan Laurel) is an equal match ensuring the pace is generally held taut and the numerous pratfalls and slapstick routines keep the audience on side throughout.

Nick Haverson multi roles with absolute class; morphing from one character to another with such ease it is deceptive to even consider the work behind the tightly choreographed episodes.

Sara Alexander as pianist and also performer keeps the wheels turning; contemporary referencing raises humour but the skill in this small company is breathtaking.

There is much to enjoy in this one-act piece; the set (Ioana Curelea) and atmospheric lighting (Aideen Malone) allows opportunity for illusion and acrobatics alongside moments of illusion and a welcome joyful clog dance lifts the musical break towards the end of the show.

It is fitting for this show to start its life, prior to national tour then the west end, in the Theatre Royal where Charlie Chaplin played and his initials are proudly shown on the curtains.

Charlie and Stan is produced by David Pugh, Told by an Idiot and TRB Productions.

It is showing at the Theatre Royal in Bath until Saturday 24th July 2021.