Alan Parker’s glorious film explodes on the stage with endless joy and energy in this glorious production starting its tour at the Theatre Royal Bath. 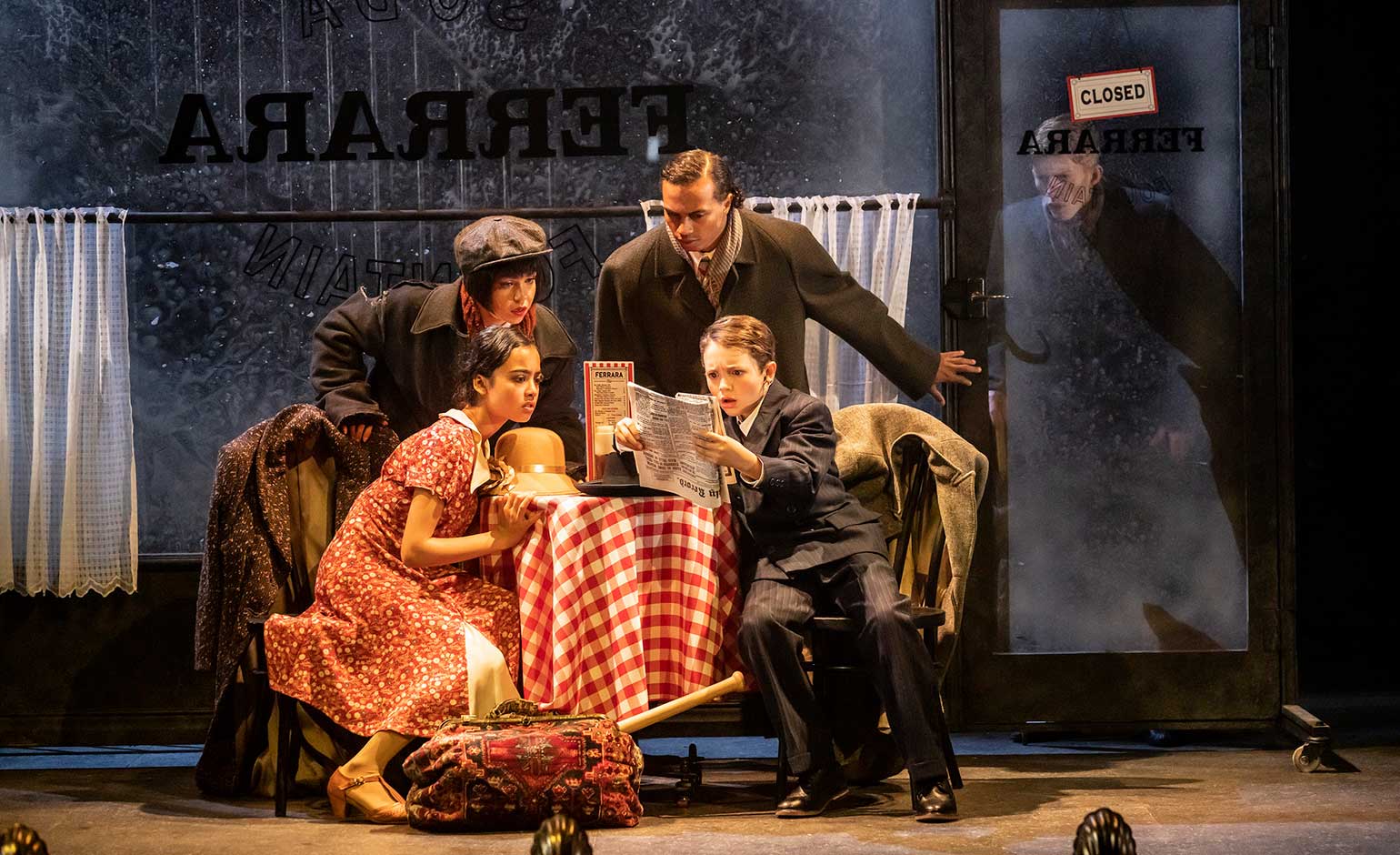 For those never to have seen the film, children play gangsters in the hunt for the ownership of the splurge guns. It’s beautifully daft and the young cast relish the moments to stereotype the villains and heartthrobs of the era.

It is faultless, the youngest of the company are around 9. The talent is breath-taking and the winning smiles are utterly captivating.

Director Sean Holmes runs a watertight production coupled with the outstanding choreography of Drew McOnie, super cool and utterly convincing Fight Direction from Kate Waters and Maisie Carter – there is not a weak moment in this two-hour celebration of all that theatre has been missing.

It is most definitely a family-friendly feel-good show. The splurging dealt with great sensitivity and the humour is spot on.

Led by the extraordinary Gabriel Payne as Bugsy, whose Act 2 number almost stops the show, the cast are in full control throughout.

There are 3 companies on rotation, but opening night saw Mia Lakha as Blousey with flawless vocals, Albie Snelson as Fat Sam with outstanding comedy timing. His hoodlum counterpart Desmond Cole as Dandy Dan with stylish presence and Aidan Oti as a winning and delightful Fizzy. Jasmine Sakyiama was in fine fettle as the vampish Tallulah and Cherry Mitra glorious as both Lena and BabyFace.

These names will no doubt lead productions in the West End and further afield in time to come. The talent is spectacular but the warmth and love for the craft radiating off this cast would surely solve an energy crisis – if only it could be tapped.

There are moments in theatre where you realise you ache from smiling and are moved emotionally by the sheer pleasure you are watching.