In a London psychiatric hospital, a mysterious patient wants out. The problem is that, to him, oranges are bright blue and Muhammed Ali is a whole lot more than just a boxer. 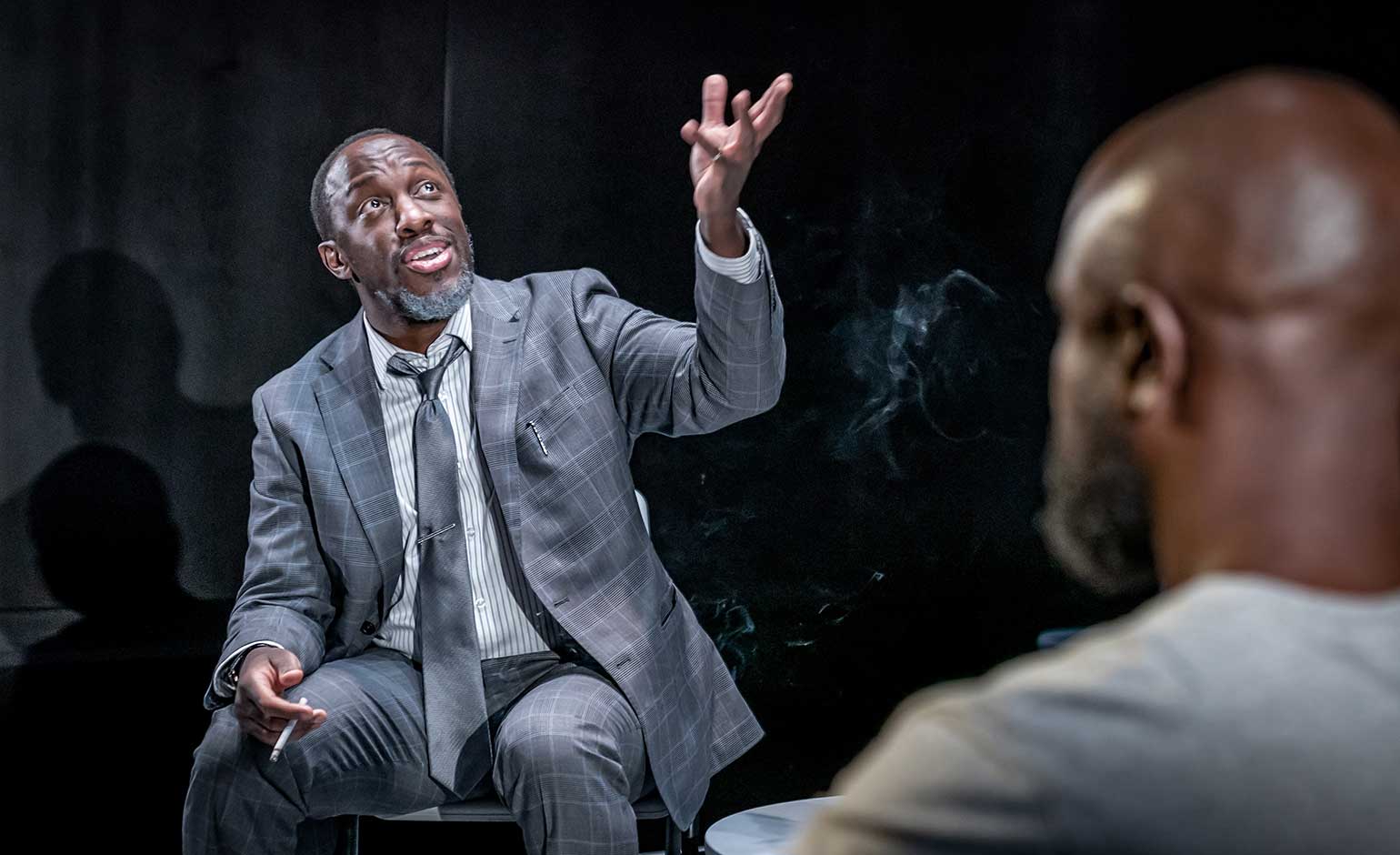 As his doctor and senior consultant debate whether to section or release him, an extraordinary new claim causes them to become more and more divided in their diagnosis.

Their power struggle escalates into a startling and provocative exploration of power and privilege, revealing uncomfortable truths about all three men.

The Ustinov is once again showing why they are both regional and national leaders of outstanding smaller scale productions.

Here, the assembled cast are without fault. Michael Balogun (Christopher) is both a beguiling and terrifying patient; he creates a magnetic performance which spins through the show with huge unpredictable energy. 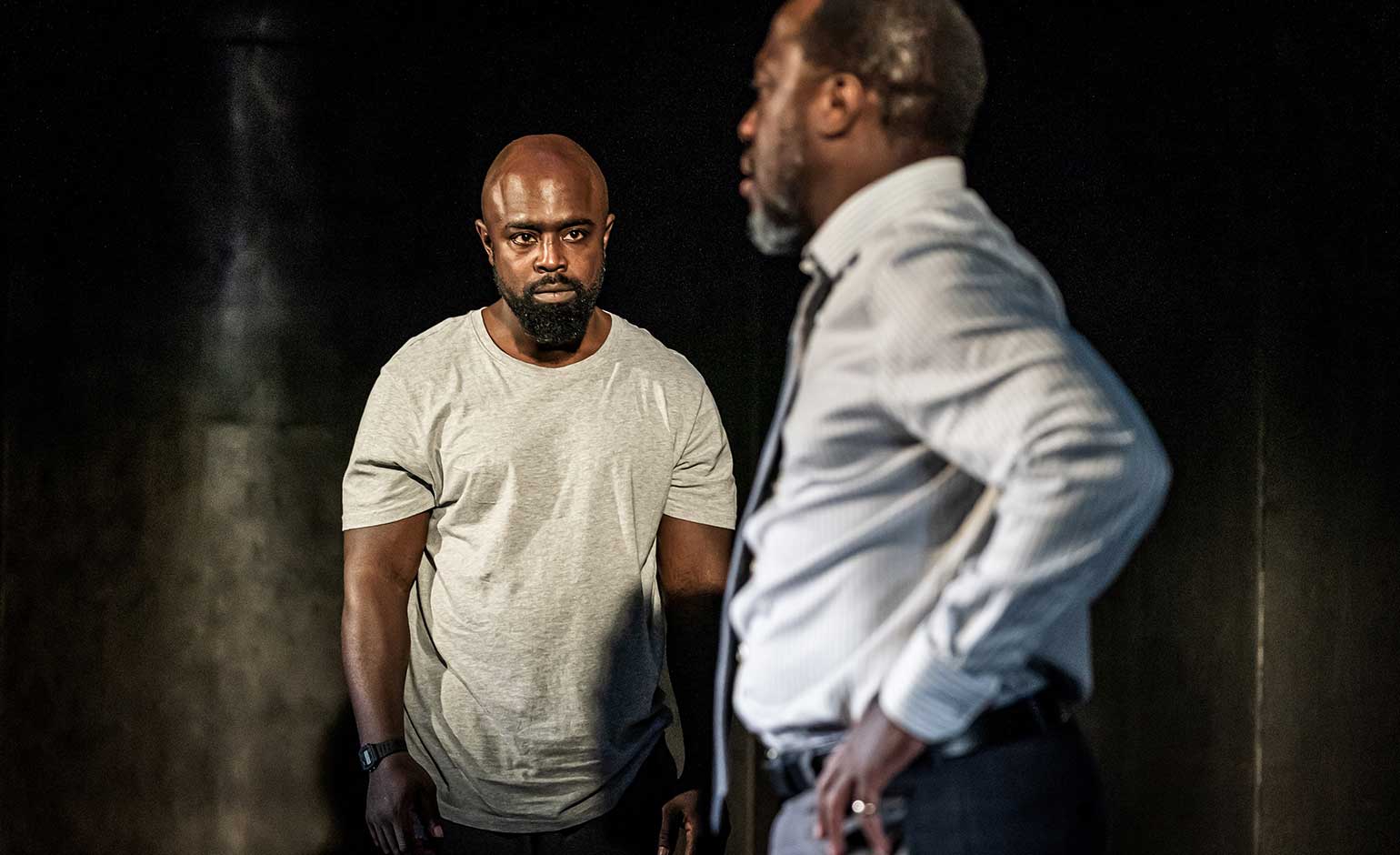 Giles Terera is the Consultant (Robert), intent on completing his book and gaining a professorship but at what cost. It is a masterful performance whose control and dark humour brings a latent threat to the entire situation.

Whilst Ralph Davis as the Doctor (Bruce) fights from the heart and soul; looking to the faults in the system and semantics in the words to try to find a way through. He appears almost idealistic in his desperation to do his best for Christopher. The foreboding, controlling presence of the Consultant means we never really know what that might be.

The play is flawless, holding the audience breathless and motionless throughout and battered emotionally by the end.

The conversations and challenges that this piece presents two decades after its first performance remain startling and absolutely vital at this time.

The crushing reminders of funding, class, culture and belonging at the centre the mental health crisis are as difficult as ever; as is the vulnerability of those in the mental health system. Through the potential threat they may be to themselves or the target they may appear to be to others.

Blue/Orange is showing at the Ustinov Studio in Bath until Saturday 13th November 2021.