Bea and The Winter Winds is the festive family production from Black Hound Productions created by Patrick Whitey and Benjamin Hardy Phillips; currently playing at The Merlin Theatre, Frome. 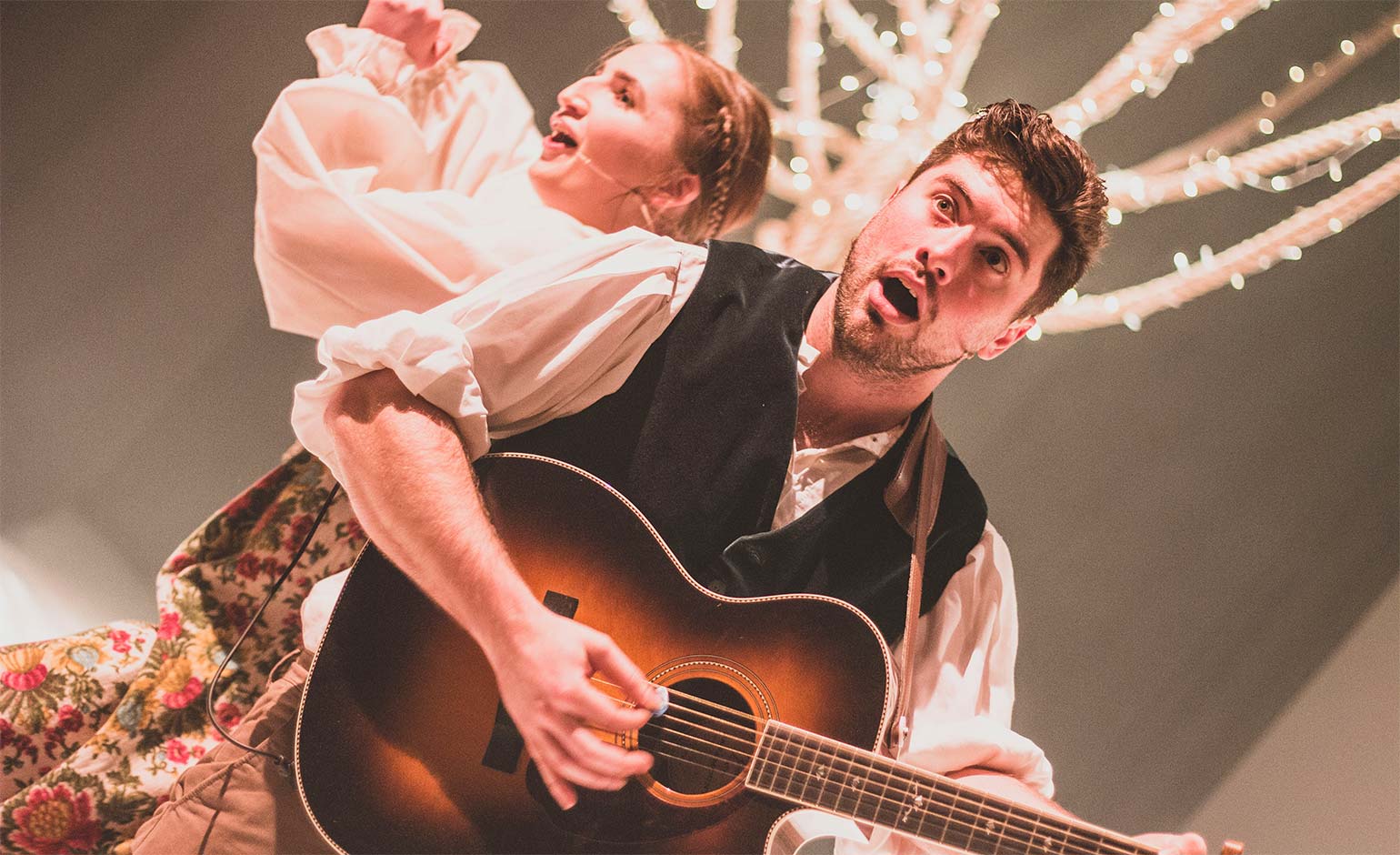 It is an original tale of journey, discovery and resolution where the feisty Bea, played by the excellent Annabella Fairgrieve goes on a quest to save the feast from the grips of the evil Jack Frost (Pete White) and free the Fairy of the Feast (Amy Morgan-Bell).

Bea’s brother Aidan (Benjamin Hardy-Philips) looks after her at home as they are orphans but his overprotective nature and inability to breathe in the cold frosty air ensures Bea is able to escape to save the day.

Unsurprisingly, Bea encounters trouble but she is saved by the excellent comic duo of Patrick Whitey as the Scottish Squirrel, Alistair Mcnutty and Tiffany Rhodes as the ever forgetful mouse, Rita Squeaker. 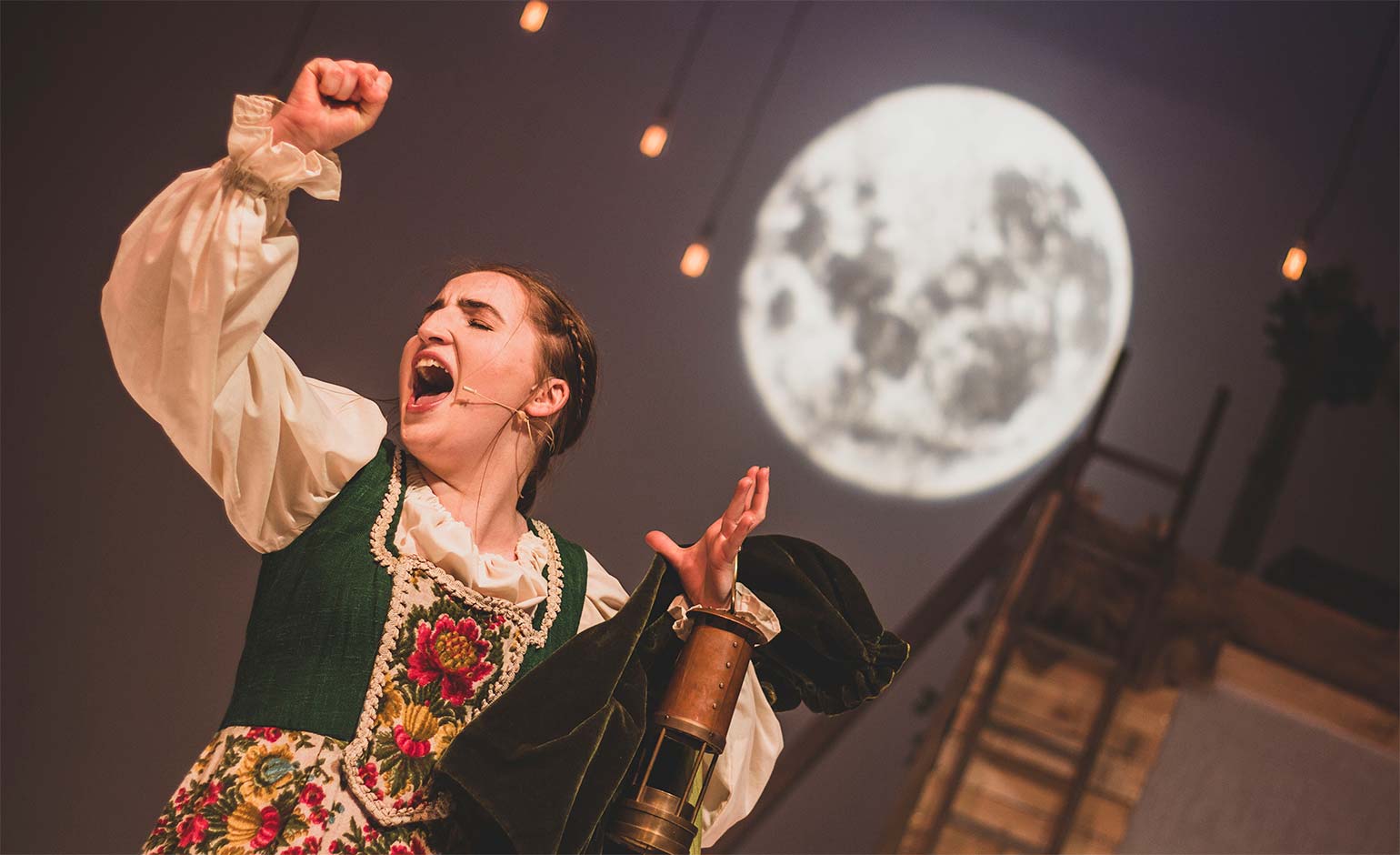 As the central trio set on their path, the show takes off and there is fun, energy and some good musical interludes; the company are certainly in fine voice.

Visually there is much to enjoy; the use of shadow puppets and the physical theatre supports the storytelling and the static, simple set is a versatile idea.

This is a show with a huge heart and has clearly been made with care; the commitment of the young cast provides great enthusiasm and the music, whilst at times being a nod to other tunes better known is well played and performed.

The many young people in the audience watched well, the length is just about right. This has enough charm and warmth to make anyone smile and is a much-needed escape for those lucky enough to get a ticket.
_ _ _ _ _ _ _ _ _ _ _ _

Bea and The Winter Winds is showing at the Merlin Theatre, Frome until Saturday 19th December 2020.