Shelagh Delaney was a vibrant 18-year-old voice when she sent the original script to the legendary Joan Littlewood, director of the Theatre Royal Stratford East. 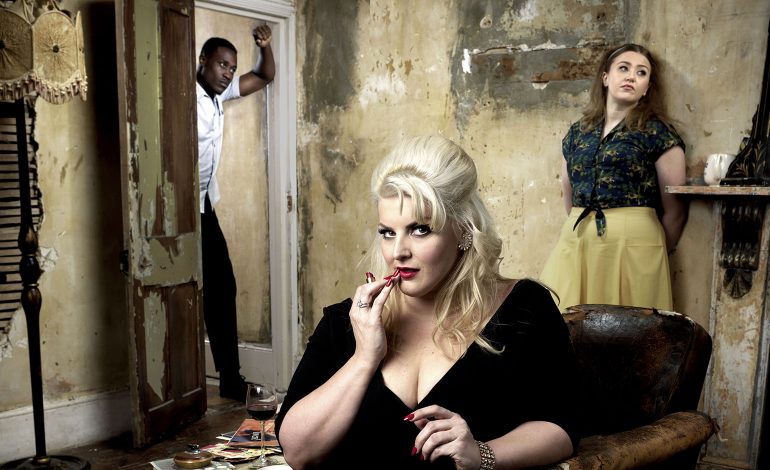 The unbridled confidence of the young Delaney, working-class and without a formal education, grabbed Littlewood’s attention and by 1958 it was a fully-fledged production and an instant hit.

This new production by the National Theatre brings the work to the stage with a 3 piece band, similar to the original production at Stratford East.

We meet Josephine, whose mother Helen runs off with a car salesman. Out of loneliness and vulnerability, Jo takes up with Jimmy, a sailor who promises to marry her before he heads for the seas.

On finding herself pregnant, art student Geoff moves in and assumes the role of surrogate parent until, misguidedly, he sends for Helen and their unconventional set-up unravels.

The circle is complete and the blueprint for the future of the unborn child is laid.

The bleak claustrophobic world of 1950’s Salford is much talked about but the expansive design alongside intricately choreographed scene transitions are at odds with the talk of oppression and despair.

The musical numbers are well-matched and Jodie Prenger (Helen) is well cast to deliver the club songs by the piano. 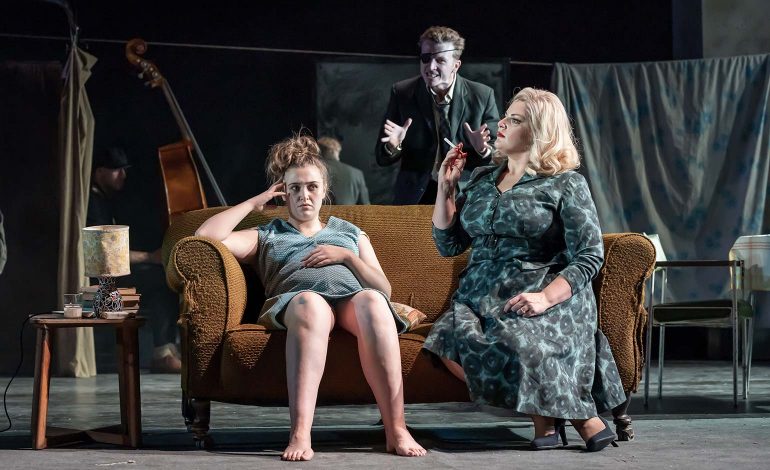 Gemma Dobson as Jo, Tom Varey as Peter and Jodie Prenger as Helen in A Taste of Honey | Photo © Marc Brenner

She is indeed the brutal mother who does not have the capacity to consider the impact of her words.

Delaney’s sharp social observations of the world around her ensure there is little space for sympathy in this script, which on this occasion is delivered at a rapid pace with little variation of pitch or tone.

Gemma Dobson (Josephine) is a product of this world, she is unable and unwilling to fend for herself, her vulnerability a culmination of emotional neglect and constant disdain from the alcoholic Helen whose return ensures history will no doubt repeat itself.

Tom Varey (Peter) brings a welcoming reality to the chaos,

This is considered a classic in so many ways, mainly for its relentless darkness and lack of empathy for the situation that the characters are in.

There is humour but Delaney steered away from the style of Orton and Osborne, creating something far more gritty and realistic which makes it both challenging and despairing in equal measure; it is a rare opportunity to catch this piece.
_ _ _ _ _ _ _ _ _ _ _ _

A Taste of Honey is a National Theatre production by Shelagh Delaney, directed by Bijan Sheibani. It is showing at the Theatre Royal in Bath until Saturday 2nd November 2019.