On Thursday 31st January I was invited to join other arts organisations and key cultural stakeholders across the city to bid farewell to Ann Cullis and Peter Salt, who successfully ran the B&NES Arts Development team since 2003. 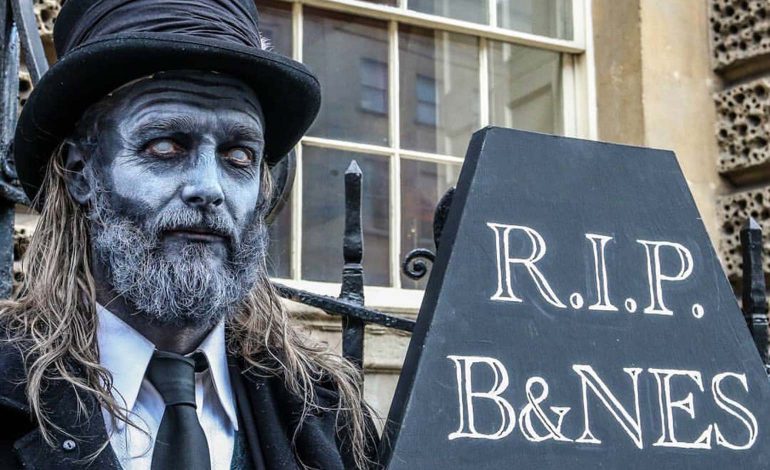 To anyone outside the cultural sphere, these names will probably mean little; but to those of us who have benefitted from both Peter and Ann’s knowledge, guidance and generosity they mean an awful lot.

This get together marked the end of the B&NES Arts Development department, another victim of Tory austerity and a sad final nail in the coffin for Bath’s cultural scene.

The return on that investment was huge, over three times the amount in fact with that investment bringing back a leverage of £14,131,267.00 to arts organisations in the city.

By providing small grants, sometimes as little as £500 a time, to organisations this enabled them to use it as match funding for much bigger applications to funding bodies such as Arts Council England and this led to a small pot of money becoming a much bigger sum of money which helped the projects that were funded benefit more residents within the Bath area.

But sadly this has all come to an end. There will be no further grants for the arts from B&NES Council, no further commissions and no arts development department to help support arts organisations within the city.

What we’re left with is a gaping hole at the centre of the Council and at the heart of the city. A city which prides itself on its heritage and culture, now bereft of the very tools it needs to enable this to continue.

The knowledge and passion of both Peter and Ann is irreplaceable and the damage of losing them and arts development will damage the cultural scene in Bath for many years to come.

On behalf of arts organisations within the city I would like to say a huge thank you to both Peter and Ann for your tireless support, you invaluable knowledge and insights and your commitment to arts in the city. Both of you will be sorely missed. Thank you for everything you have done!

This opinion piece was contributed to the Bath Echo by Luke John Emmett.
You can follow Luke on Twitter here, or find out more on his website.

Opinion: Bringing out the best in the people of Bath