Hundreds of homes have been evacuated in the Lansdown area of Bath following the discovery of a large unexploded WWII bomb by contractors working in the former Royal High Junior School site. 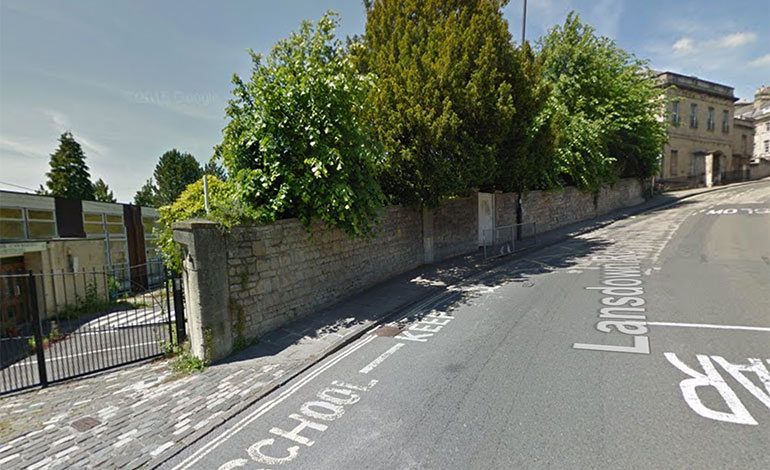 At approximately 4.40pm, police were called to site on Lansdown Road in Bath after contractors unearthed the unexploded 500lb device.

The Explosive Ordnance Disposal (EOD) team attended and a 300-metre exclusion zone has been set up while the device is recovered.

The bomb is believed to have been discovered 1 metre below a former playground.

Residents living in the surrounding areas are being evacuated to Bath Racecourse while the incident is ongoing.

Avon and Somerset Police are working closely with partner agencies to limit the disruption caused.

Road closures around the site have also been put in place and officers are advising motorists they will need to find alternative routes.

Inspector Gavin Usher said: “We would like to thank everyone who has been inconvenienced for their patience while we deal with this incident.

“Decisions to evacuate houses are never taken lightly but during these incidents public safety will always be our primary concern.”

The Royal High Junior School moved from the site on Lansdown Road to Cranwell House, in Weston Park, in 2014.

The unexploded WW2 bomb has been found at the former Royal High Junior School, not at the current Senior School, as some reports suggest.

This story is still breaking and will be updated shortly.

Have you been evacuated or affected in any way by the discovery of the bomb?