The 500lb unexploded WWII bomb which caused thousands of properties to be evacuated in the Lansdown area of Bath has been safely removed by an Explosive Ordnance Disposal (EOD) team.

The device was removed from the site at the former Royal High Junior School this evening, and taken to a local quarry for it to be safely destroyed.

Overnight and into this morning, 250 tonnes of sand was brought to the site and used to create a barrier so teams could begin to defuse the bomb.

A 300-metre exclusion zone will soon be lifted, meaning local residents can return to their homes.

Photo courtesy of the British Army

Avon and Somerset Police have been working closely with their partners at Bath & North East Somerset Council, South Western Ambulance Service and Avon Fire and Rescue to look after those temporarily evacuated.

Area Commander for Bath Chief Superintendent Ian Smith said: “First and foremost, I would like to thank each and every resident who has been affected by this incident and numerous businesses in the local area.

“Thank you for your patience, co-operation and support throughout the last 24 hours. 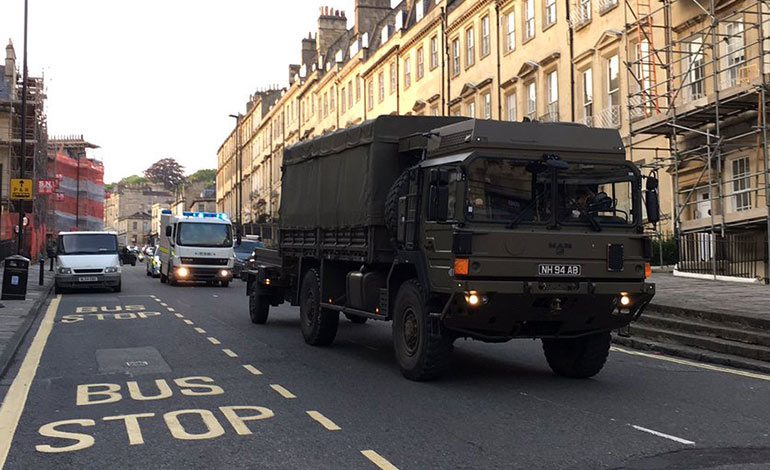 “We have worked as quickly and diligently as possible to limit the disruption caused but, as you can expect with an incident of this nature, public safety has to be our primary concern.

“As soon as the cordon is removed and all roads are clear, we will update all the local residents so they can return home.”

St James’s Surgery was also closed and will remain shut until Monday 16th May. The Junction Road surgery remained open for patients. 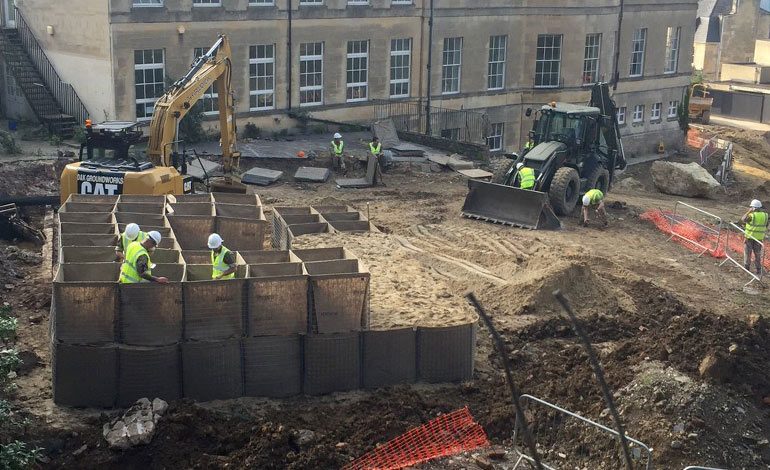 Jo Farrar, Chief Executive, Bath & North East Somerset Council, said: “I would like to thank everyone for their patience during this incident and we are extremely grateful to all of those who helped to support evacuees at our rest centres.

“There will be some road disruption as the bomb is removed but we will do all that we can to minimise the impact on road users.

“We will continue to operate a rest centre for evacuees at the Guildhall until it is safe for residents to return to their homes.”