Bath Rugby Club has secured permission to keep its temporary stands up for two more years while it draws up plans for a permanent stadium. 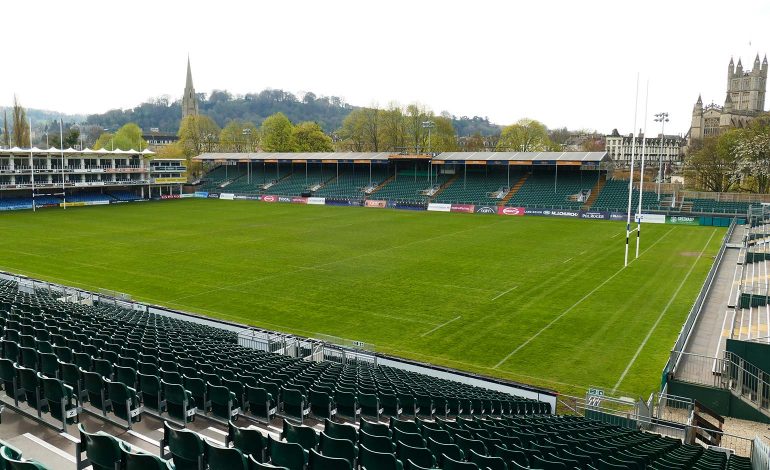 The existing structures at the Rec were due to come down this month but they can now stay in place until May 2022.

Club boss Tarquin McDonald said last week the project to build a permanent 18,000-seat stadium had been put on hold due to the coronavirus crisis.

Bath and North East Somerset Council planning officers said there was “no guarantee” two years would be long enough but the extension would give the club “breathing space”.

The temporary stands have been in place for 15 years, with the east stand coming down each summer. In 2016 the council said they could stay up for four more years so the club could find a permanent solution.

The recent applications were met with some resistance.

Objectors pointed to national planning guidance that says it will “rarely be justifiable” to grant a second extension unless “changing circumstances provide a clear rationale”.

They claimed that allowing the temporary arrangement to stay in place even longer was “tantamount to making it permanent”.

Council planning officers said Bath Rugby would suffer considerable disruption if planning permission was not granted, and it would create uncertainty about the future use of the site.

They said: “Bath Rugby has recently announced a pause to the redevelopment project due to the impact of the current Covid-19 crisis.

“Given the widespread uncertainty at a national level and the other priorities facing the rugby club at this time, this does not seem an unreasonable announcement to have made.

“There can be no guarantee that a permanent solution will be found within the next two years.

“However, given the widespread uncertainty, the difficulties currently facing the club (alongside the majority of sporting clubs/venues nationally) and the continued aims to enable the development of a sporting, cultural and leisure stadium at the recreation ground, the grant of a further temporary consent for an additional two years would allow a degree flexibility and breathing space to deal with all of these issues.

“The continued use of the site as a stadium with temporary stands is considered appropriate and serves to provide certainty and continuity whilst a permanent resolution for the site is found.”

The Pulteney Estate Residents Association had contended that the east stand should be taken down if the 2019/2020 season is abandoned altogether.

Planning officers said allowing it to remain in place allows flexibility if the season resumes at short notice.

They added: “Even if matches were resumed behind closed doors without crowds attending, the east stand would still be required to provide a secure site and to prevent people congregating to watch the game from outside of the stadium.

“The east stand also contains some of the infrastructure required to support the holding of rugby matches at the ground.”

Responding to the decision, the club tweeted: “In these uncertain times we appreciate @bathnes taking this decision.”