This year’s Bath Half Marathon has been rescheduled by organisers from March to May, as part of efforts to reduce the impact on the local highways network. 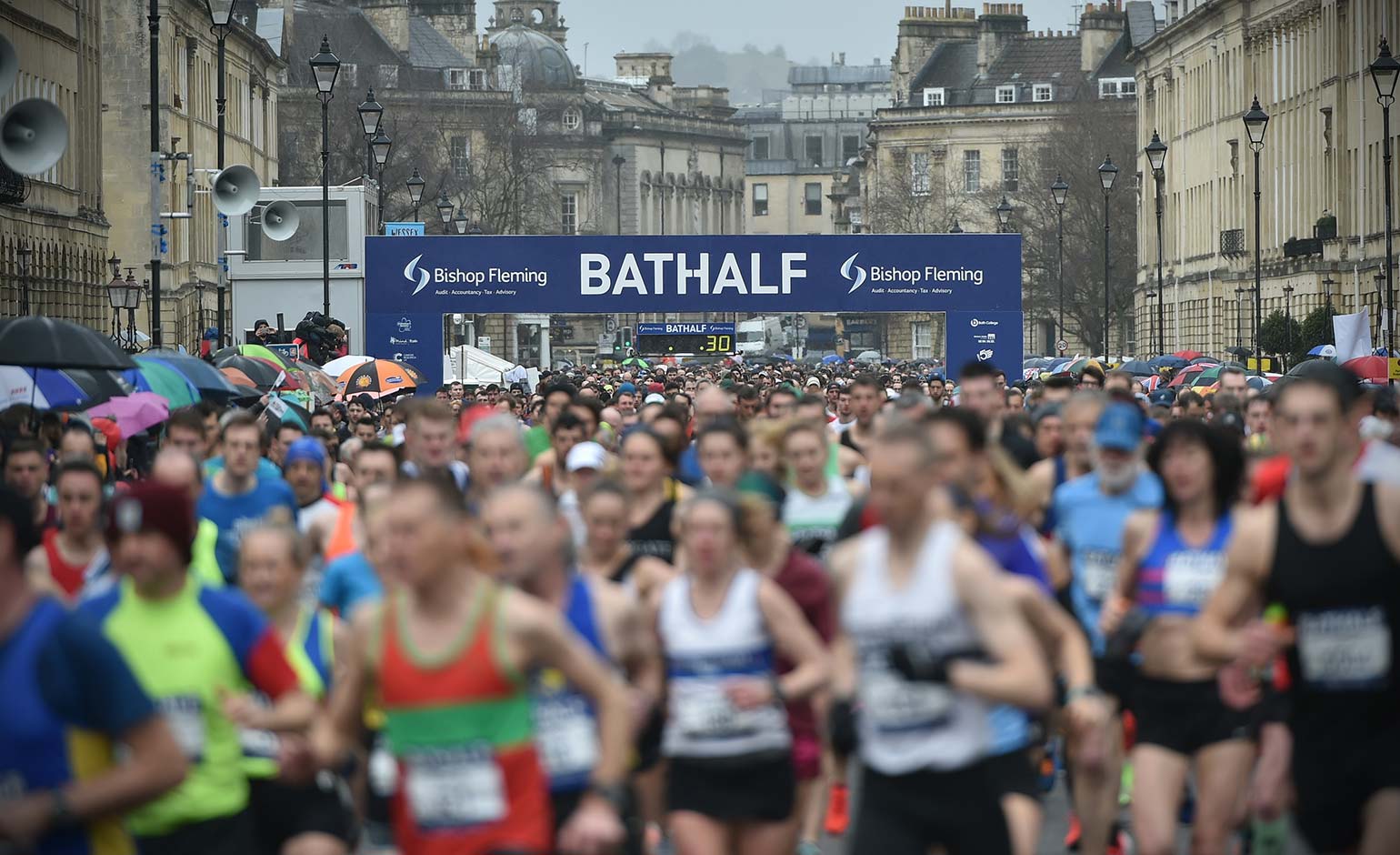 It is believed the ongoing repair works on Cleveland Bridge are partly to blame, with no fixed date yet revealed for when the route will fully reopen to all vehicles.

The bridge is currently closed to vehicles more than two-metres wide, and the diversion route for journeys within the city uses roads that would be closed for the marathon.

Some have expressed anger at the change of date, with most having already booked accommodation and travel for the event.

The marathon will now take place during the half-term holiday at the end of May, ahead of a week with two bank holidays marking the Platinum Jubilee.

In a statement, organisers said: “We regret that this year’s Bath Half Marathon has had to be rescheduled to Sunday 29th May, with the agreement of Bath & North East Somerset Council, to take into account pressures on the highways network.

“We will send an email to all our participants on Friday morning setting out your deferment and refund options.

“It’s heart-breaking to have to postpone the Bath Half Marathon again and we know that many people will be disappointed by this decision.

“But with the support of our entrants, community and partners we are determined to return on 29th May with a celebration for our 40th anniversary.”

“Part of the planning considerations event organisers have to consider is balancing the pressures on the highways such as utility companies digging up roads, planned works and so on, alongside the safety those taking part.

“Event organisers are also responsible for providing the council with an agreed event plan in a timely manner such as an agreed route and impact mitigations.

“The Bath Half is considering some changes to the event route so needs to work these through with communities and members of the Safety Advisory Group for Events.

“These various factors have led to the change in date being necessary with Bath Half requesting the date chosen in May.”