The new Team Bath Gym & Fitness Centre has been hailed as “a pretty special place” after it was officially opened to students, staff and the public at the University of Bath Sports Training Village. 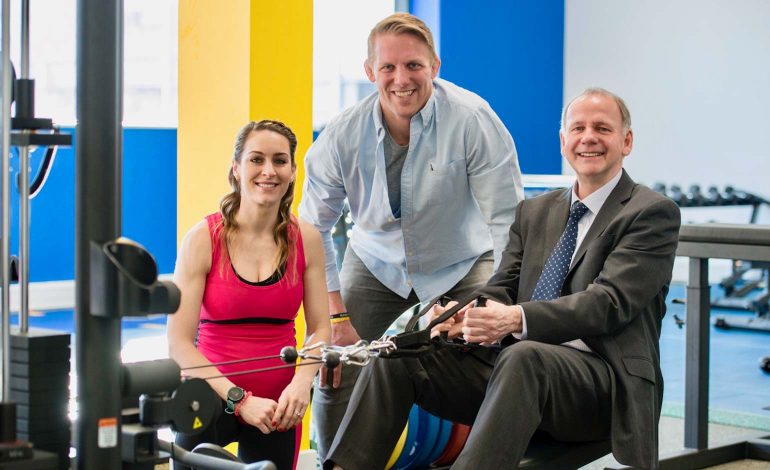 Guests were then given a guided tour of the two-storey extension, which more than doubles the existing gym capacity to 1,536 square metres, before the doors were opened to all for a free taster day.

As well as try out the state-of-the-art cardio and strength equipment supplied by Matrix, with 73 stations available for use, visitors were also able to take part in free group exercise classes, including a Hatton Boxing session led by Moody in one of the facility’s two dedicated studio spaces, and personal training sessions with Vancouver 2010 Olympic skeleton champion Williams.

“I am sure this fantastic new space in the Sports Training Village will be a welcome addition for our gym users. We are proud to provide world-class sporting facilities which are used daily by our staff and students, elite athletes and sports teams, as well as many members of the local community.”

Williams, who studied and trained at the University during her illustrious skeleton career, said: “I first started using the gym up here back in 2002 when it was a tiny space by the swimming pool and I’ve seen the sporting facilities at the University just grow and grow.

“This new gym is going to be a great training place for performance athletes, students, the general public – anyone who wants to keep fit. It is just a great space for exercise.”

Former England Rugby captain Moody is also a regular user of the world-class fitness facilities at the Sports Training Village.

“It’s a pretty special place,” he said. “I’ve been training at the University for the past seven years and bringing my kids here, and to have a space like this is exciting.

“I’ve always felt that the gym facilities up here at the University are incredible. I first came here when I was still playing with Bath Rugby and we used the High Performance Gym. After retiring I started using the main gym itself, as well as the athletics track and other facilities here.

“Now to have this space open to the public just takes it to the next level – it provides more space, more equipment and more opportunity to try new things out. I’m genuinely super excited.”

There are two studio spaces, an upper floor with natural light and sprung wooden flooring, and a 22-bike spin studio, with 100 group exercise classes being offered every week.

Team Bath memberships are available on a monthly and annual basis, with the Team Bath + offer also including access to the London 2012 Legacy Swimming Pool and the tennis courts recently used to stage the international Fed Cup event, plus much more.