The climate emergency is “not being taken seriously” by the West of England Combined Authority (WECA) and its response is “inadequate”, councillors have warned. 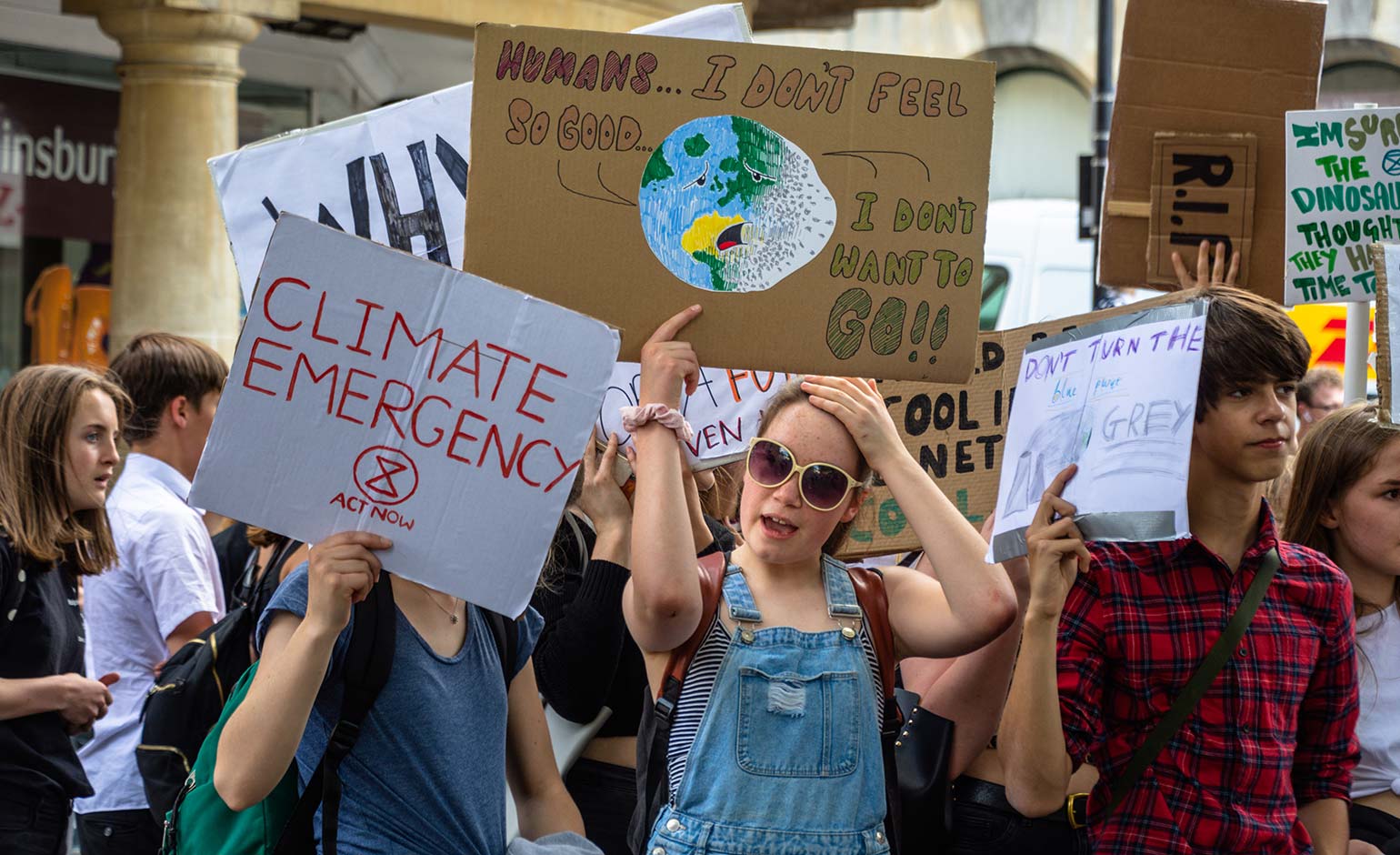 There have been a number of youth climate strikes in Bath | Photo © Ben Warwick-Champion / Shutterstock.com

Even one of its own leaders has joined the criticism and questioned the lack of urgency and ambition in how it is tackling the crisis.

WECA insists the issue is embedded in everything it does and that a full action plan will be launched in October.

But many councillors and environmentalists say this is not soon enough and that the authority – comprising of Bristol City, South Gloucestershire and Bath & North East Somerset councils – is “kicking the can down the road”.

Debating a progress report by officers at WECA overview and scrutiny committee on Wednesday, 17th June, chairman Cllr Stephen Clarke, a Bristol Green councillor, said: “I am sorry but your update just kicks the can down the road.

“I do not think this is being taken seriously.

“We still haven’t got an action plan.

“I just do not think that is acceptable.

“It does not seem to have any urgency behind it at all.”

Speaking during public forum at WECA committee on Friday 19th June, Sam Morris, of Extinction Rebellion, said: “Given the scale and pace of the climate emergency, we expected Weca would have made more progress on its climate emergency plan.

“It is disappointing that after nearly a year we have only a seven-page report that offers no milestones or commitments.”

B&NES Council leader Cllr Dine Romero told the meeting: “I would like to echo some of the comments made by the public speakers and support some of the concerns.

“We can do better. At the moment this is still not good enough.

“We say that is what we are doing but are we doing enough? That is something we need to constantly ask ourselves.

“Unless we are moving swiftly I do not think we are taking the word ‘emergency’ seriously enough.”

But South Gloucestershire Council leader Cllr Toby Savage said tackling the climate emergency was a thread that ran through everything WECA does, from the bus strategy and investment decisions to its response to Covid-19 and placing the issue at the heart of its boards’ constitutions.

“There is very clearly an enormous amount going on at pace to deliver on the climate emergency,” he said.

“What I am looking forward to in the October report is seeing in one place how all these different things have been captured so you’re able to see in one place the full range of interventions we’ve been making for a number of years, and not only since we made these declarations.”

“We have outlined a whole series of ways in which we are furthering our ambitions around the climate emergency.

“So we are working towards addressing the climate emergency all the time with urgency and with pace.

“The action plan will set out high-level principles about how we work to cut emissions and adapt to the impact of climate change which will provide us with a basis for discussion with government on how we fund regulation and delivery.”

Ms Lee said consultants WSP and renewable energy organisation Regen had been appointed to help with that work.