“Litter police” who handed out £100,000 of fines in three months are unlikely to have their contract renewed, Bath and North East Somerset Council’s waste champion has suggested. 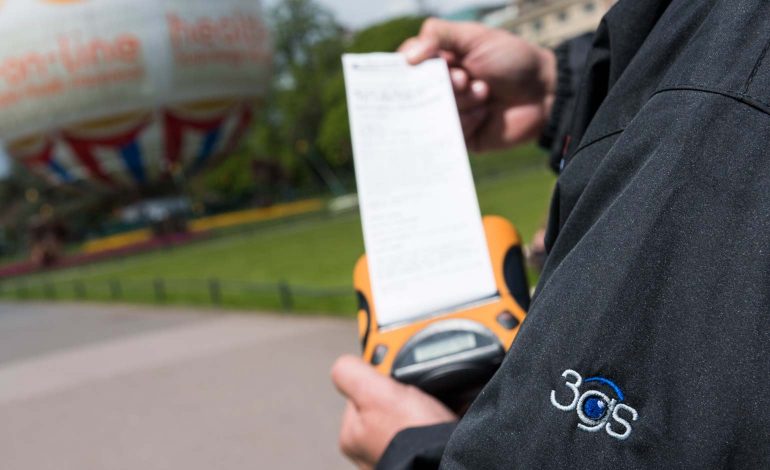 Councillor David Wood said the deal struck with 3GS made him “uneasy” and questioned if the previous administration had considered the consequences of bringing in a private firm.

Speaking at a recent full council meeting, councillor Robin Moss said: “We were promised by the previous administration that this [the 3GS contract] was about education. It was about changing behaviour.

“It probably has changed behaviour – I’m sure there’s any number of people who’ve come to Bath once, been fined £150 and changed their behaviour to make sure they never come back again.

“I hope the administration is going to review their contract as soon as is practically possible.”

Mr Wood, whose cabinet portfolio includes neighbourhood services, said: “We don’t need to review the contract – it has an end point and that’s it.

“We will improve litter and flytipping across Bath and North East Somerset if we work together.

“The 3GS contract we inherited from the previous administration makes me and a lot of people in this chamber uneasy. Bringing private profit into litter enforcement and education changes the very nature of this service.

“I’m not sure enough thought was given to the consequences we’re now seeing play out.

“If hiring a privatised litter army was a response to the litter we see strewn across our streets, then it was very simplified answer to a very difficult question.

“You can’t solve very complex issues – business waste collection, flats without waste storage and Government cuts – simply by bringing in a sector that specialises in picking up cigarette butts and fining people.”

In the first three months of its contract, 3GS handed out 785 fixed penalty notices for littering, fly-tipping, dog mess and other environmental crimes – which will be worth £117,750 if everyone fined pays £150.

Among them was Peasedown St John grandmother Sally-Ann Fricker, who said she burst into tears after she was fined for feeding pigeons crumbs from her sausage roll.

The incident was caught on camera, viewed more than 83,000 times within 24 hours and shared widely in the media.

The contract will run until March 2020.

Mr Wood added: “I’m working with officers to make the best of the contractual situation we find ourselves in for the coming months. We’ve intervened and educational warnings will be given to people fining birds on the first offence rather than financial punishments first time.

“We’ve stepped in when intelligence comes our way of excessive targeting of high-profile events that are of importance to our area, and we’re shifting 3GS’s focus to important issues that face our streets, like dog fouling, and working with the business community to address the buildup of waste.”

A 3GS spokesman said: “Fixed penalty notices are there to deter people from dropping litter on the streets and green spaces, not to deter them from visiting. 3GS is working with B&NES Council to address the problem of littering.”