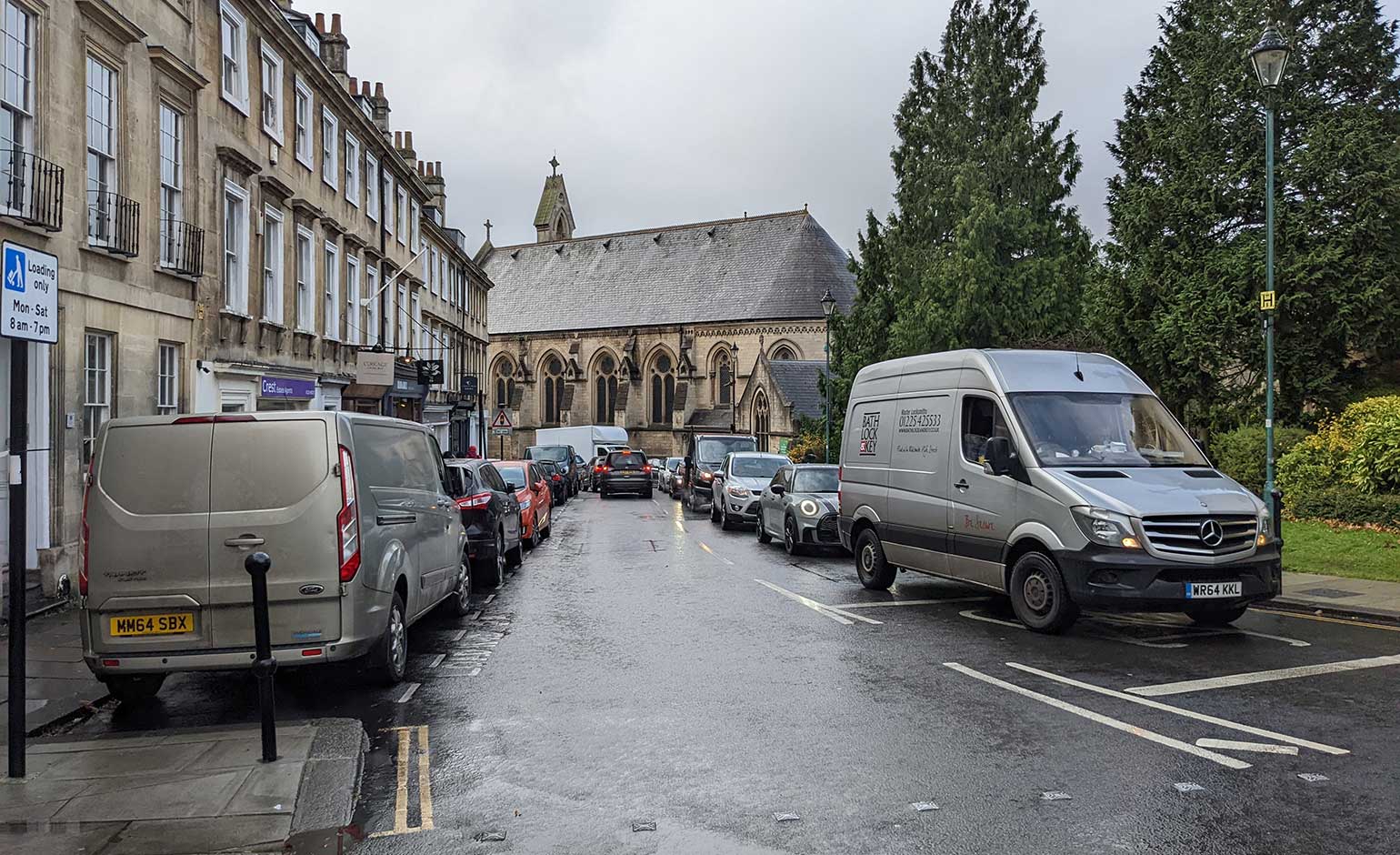 That was the charge deputy council leader Richard Samuel levelled against his Conservative predecessors after data indicated the controls around Queen Square made pollution worse in neighbouring roads.

Figures from the first six months of the zone showed that Chapel Row had become the most polluted street in Bath after the amount of nitrogen dioxide had increased by a fifth to an illegal level.

Councillor Samuel told the cabinet meeting on 15th December: “The Conservative administration was so desperate to avoid charging cars to come into clean air zone that they came up with this bonkers scheme [the Queen Square traffic lights].

“The inevitable consequence of this plan, which I criticised at the time, was queuing traffic in Chapel Row and around Queen Square, and that’s exactly what has happened.”

In a bid to improve traffic flow in polluted Gay Street, the previous Conservative administration approved plans for the lights in Queen Square, which were implemented by the current Liberal Democrat cabinet.

Councillor Samuel said: “I believe it was a deliberate attempt by the Conservative administration to disperse pollution into residential areas so that they could get the numbers under the level at the pinch point where it exceeded the legal limit. 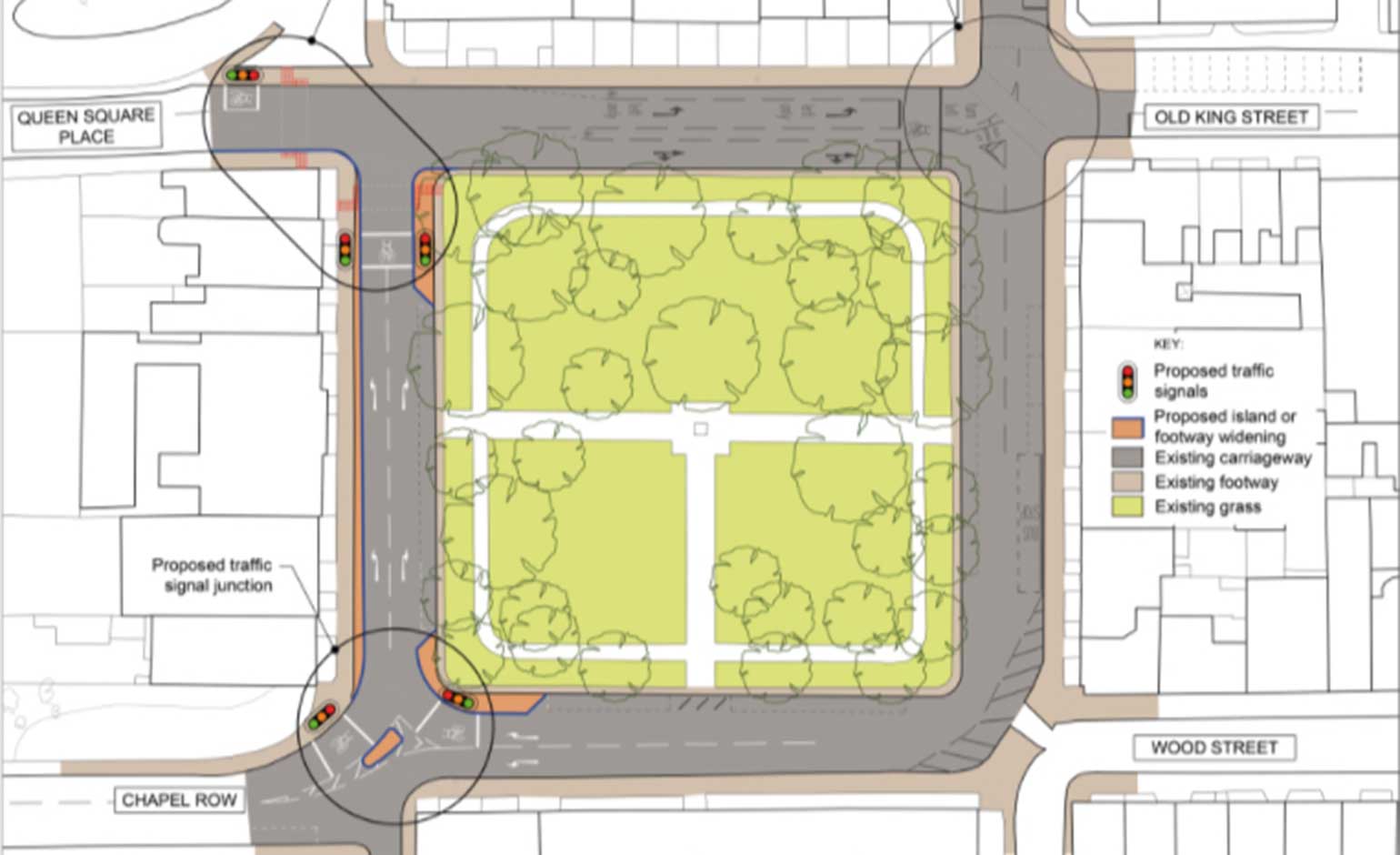 “It was an attempt to massage the figures to achieve a class C [clean air zone that did not charge cars] when all the data showed that that was probably not the correct course of action.”

He said despite his best endeavours it was impossible to remove the Queen Square traffic lights without causing huge increases in traffic on Marlborough Lane, Julian Road and Royal Avenue to unacceptable levels, adding: “It was perfectly clear that it was not an option to scrap the scheme.”

Councillor Warren said it was positive to see an overall reduction in pollution levels across the city since the clean air zone launched in March it was disappointing to see some hotspots.

She offered reassurance that the picture in Chapel Row would improve with the partial reopening of Cleveland Bridge, which had resulted in dramatic reductions in air pollution elsewhere in the city.