Bath’s world-renowned Fashion Museum could move to a “better” location. 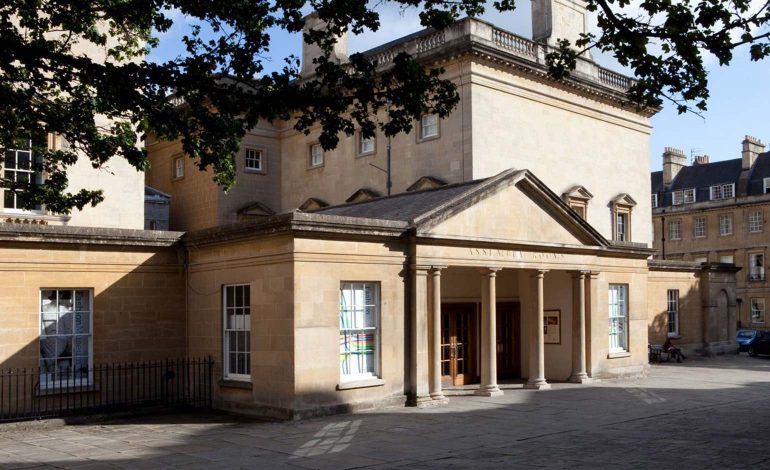 It is set to leave the Assembly Rooms late in 2022 as owner the National Trust ends its contract with Bath and North East Somerset Council.

The authority is setting aside £290,000 this year to bring the property up to scratch before it hands it back, and a third of the £750,000 cost of a separate new venue to house its “extensive, internationally significant collection”.

Papers for Thursday’s cabinet meeting say the search will soon begin for a “better” central location for the new Fashion Museum.

The criteria include an on-street profile, a flexible exhibition space and a dedicated learning space.

“Essential” to the plans is the creation of a heritage collections centre, potentially outside Bath, to house the collections and allow them to be studied.

It could also incorporate Bath Record Office, which is currently based in the Guildhall.

The five-year business plan for heritage services says since the National Trust’s decision to break the council’s lease on the Assembly Rooms was announced in May 2019, visitor numbers to the Fashion Museum have risen dramatically. They shot up by seven per cent last year.

The cabinet papers say they are unique in the UK in operating at no cost to the local taxpayer, delivering a significant boost to the council’s coffers.

The attractions are expected to boost their profits by £1.5million over the next five years, taking the total to £11.1million per year.

Over the last decade, visitor numbers have increased by 39 per cent and the annual profit has more than doubled. It now equates to more than £100 for every household.

Each employee at the Roman Baths and Pump Rooms is worth £145,000 to the council, the most profitable in the country.

The heritage services business plan says: “In 2017, as the pound dropped, the Roman Baths became part of a once-in-a-lifetime trip for many long haul visitors to the UK which, in conjunction with being viewed by many as a ‘bucket-list’ destination, explains the high level of first-time visitors.

“As uncertainty around Brexit remains we can assume the pound will stay low and may even fall further which will be an opportunity to continue to attract visitors from China and the US.”

But the papers add: “Despite the low value of Sterling there was a significant drop in visitors from France and Germany during 2019.”

The marketing team has been tasked with keeping visitor numbers from China at more than 100,000 this year.

But Councillor Eleanor Jackson recently warned that the coronavirus outbreak, which originated in China, could have a “dramatic impact” on the number of Chinese tourists visiting.

The heritage services business plan “assumes that there will be no significant geopolitical, security, economic, environmental or meteorological events in the next five years that will inhibit people’s willingness to travel or visit UK attractions”.

It warns that the potential disruption from major works to the A303 near Stonehenge could have a significant impact that officers will continue to monitor.

Cabinet members will vote on whether to approve the business plan and confirm if they want Fashion Museum to relocate with a supporting collections centre, subject to a satisfactory business case being prepared.